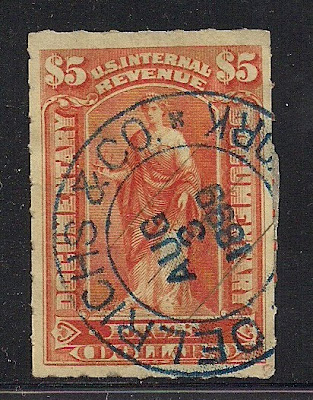 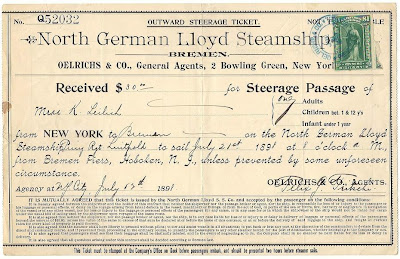 Bob Patetta answered the call in our prior posts by sending scans of four more examples of ocean passage tickets tripling the number reported to six. Today we review a ticket for the S/S Luitpold of the North German Lloyd Steamship Co. Some considered the North German Lloyd line to be the most luxurious of all the ocean lines at the time, although steerage travel on any liner wasn't exactly the finest way to travel.

The ticket was sold by Oelrichs & Co. of New York to a Miss K. Leilich for $30, the tax for which was $1, properly paid here by an R173 Commerce issue documentary. 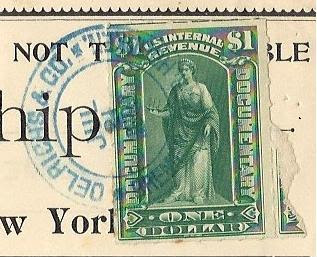 Oelrichs & Co. was a respected firm and the Oelrich family was active in the New York social scene. In 1898 the firm celebrated its 100th Anniversary by publishing a 116 page history tracing its beginnings to a firm established in New York by Caspar Meier in 1798. In 1898 the firm was conveniently located at 2 Bowling Green on the first floor of the same building that housed the German Consulate. 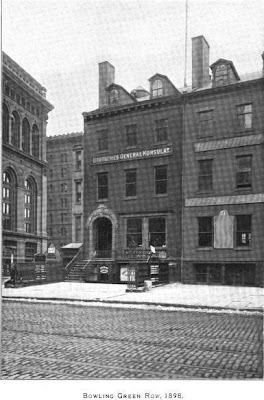 We'll review Bob's other tickets in upcoming posts. They too are all taxed $1, so we're still looking for tickets bearing the higher $3 and $5 rates. Can anyone else show us examples? Here again are the Ocean Passage tax rates: