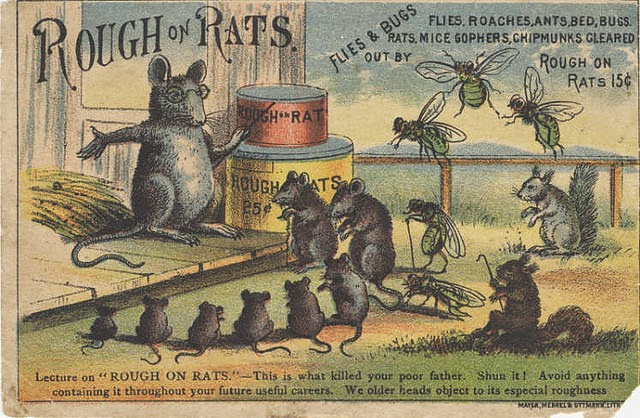 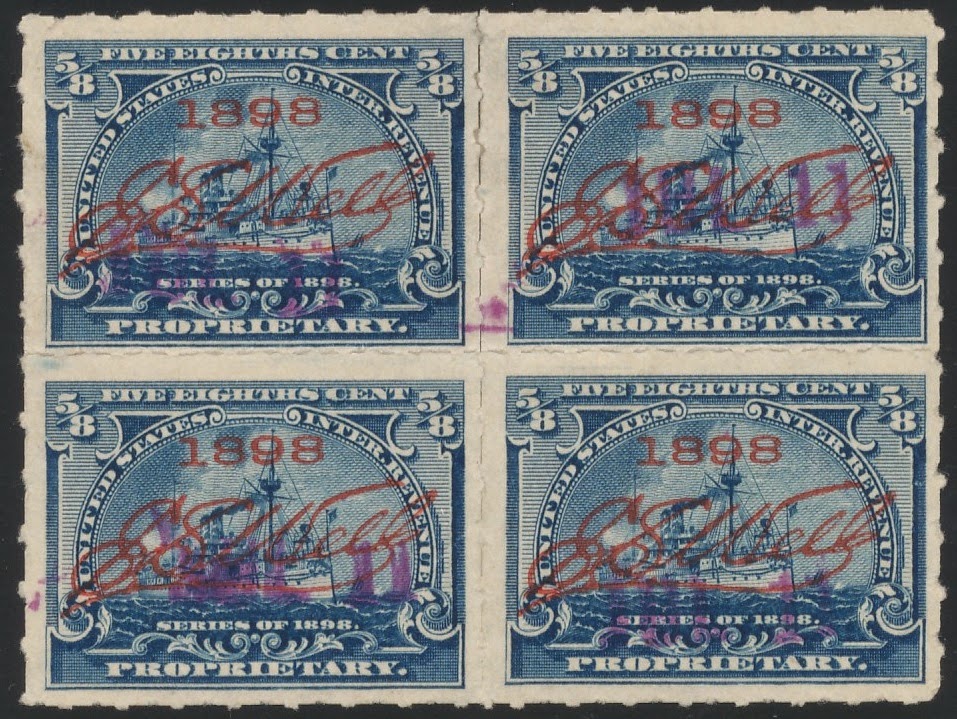 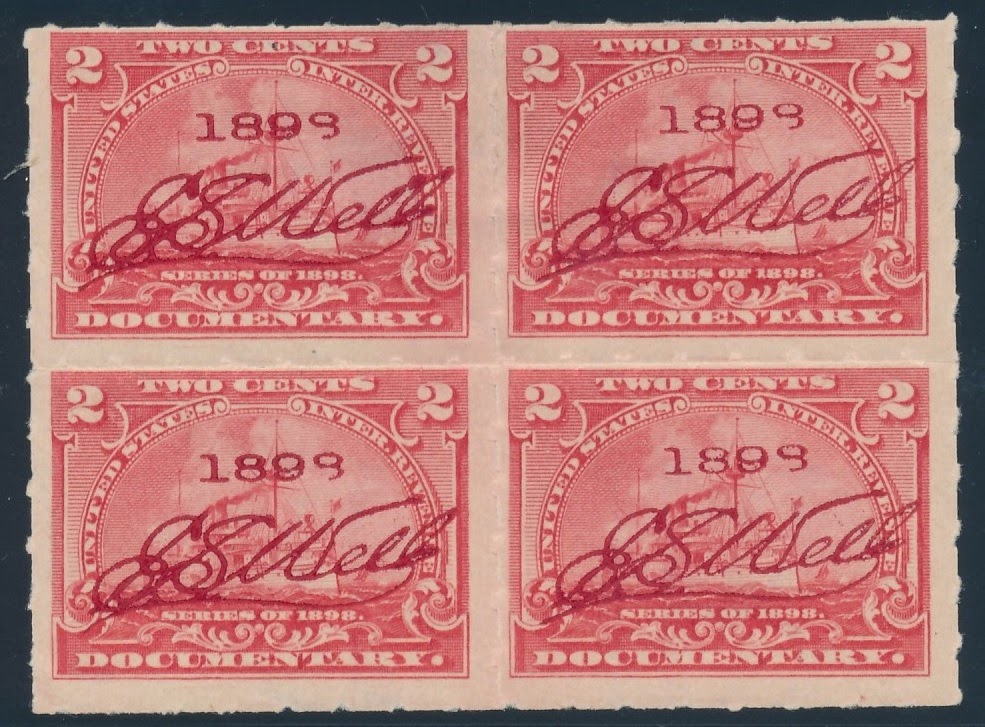 The 2014 Minnesota Stamp Show was the site of the American Revenue Association annual meeting this year.  The timing of my annual leave this summer coincided with the show, and I managed to be in St. Paul and attend the show for a few hours on Friday and Sunday, even making the Friday night Association dinner.  I had the opportunity to meet many members for the first time, and see others for the first time in several years. 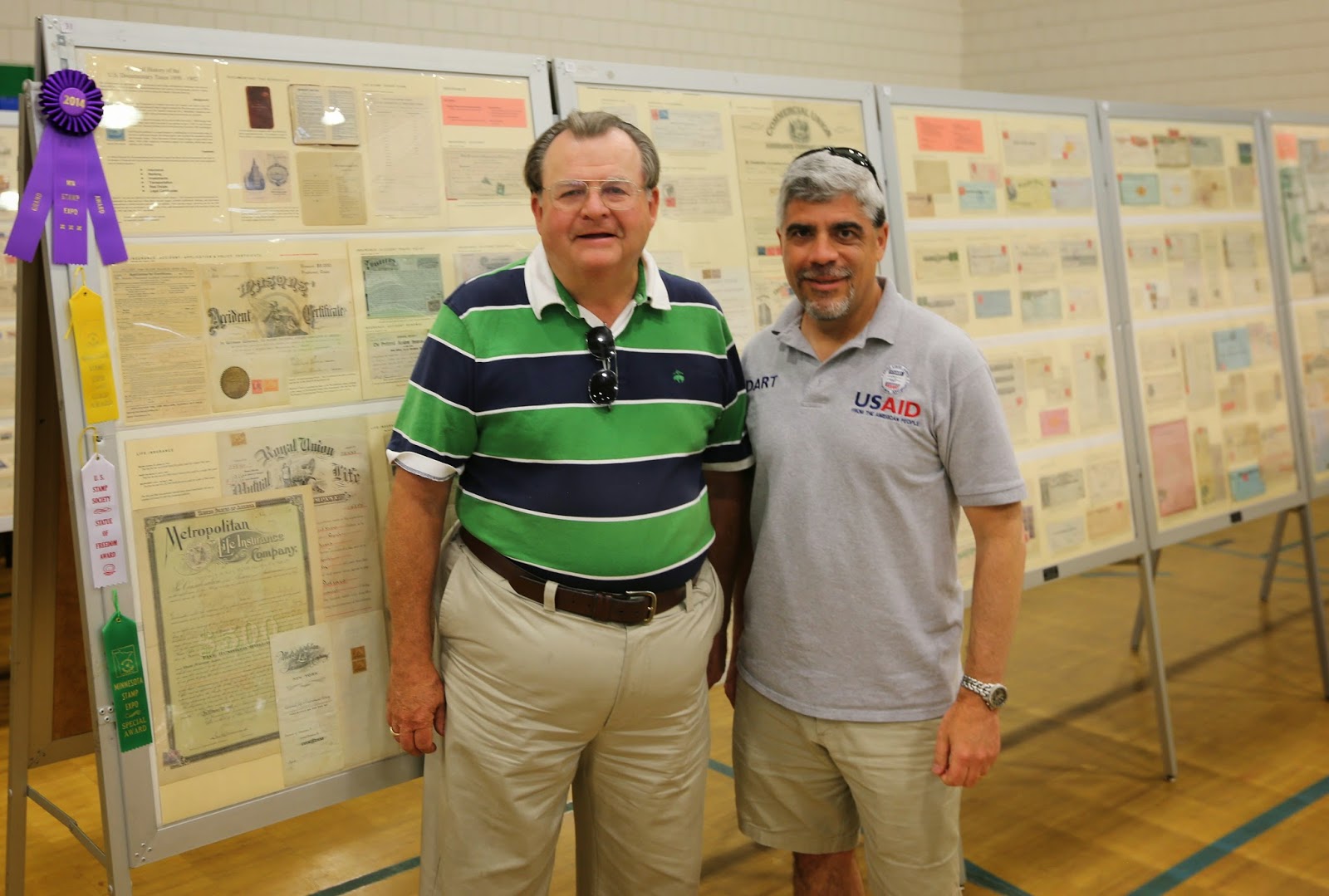 Frank Sente and your correspondent with his 1898 Revenue on-document use exhibit and his many honors, including the show Grand.

Active contributors to this site over the years exhibited 1898 material at the show and experienced top level success.  Frank Sente rolled out the on-document exhibit that he originally showed in Minnesota 3 years ago; this time it won the show grand.  Bob Hohertz showed his Revenue Stamp paper material and took Reserve Grand, and Herman Ivester received a single frame gold for his St. Louis Provisional material.

Bob Hohertz was also recognized in the single frame category for his 1932 check tax exhibit. 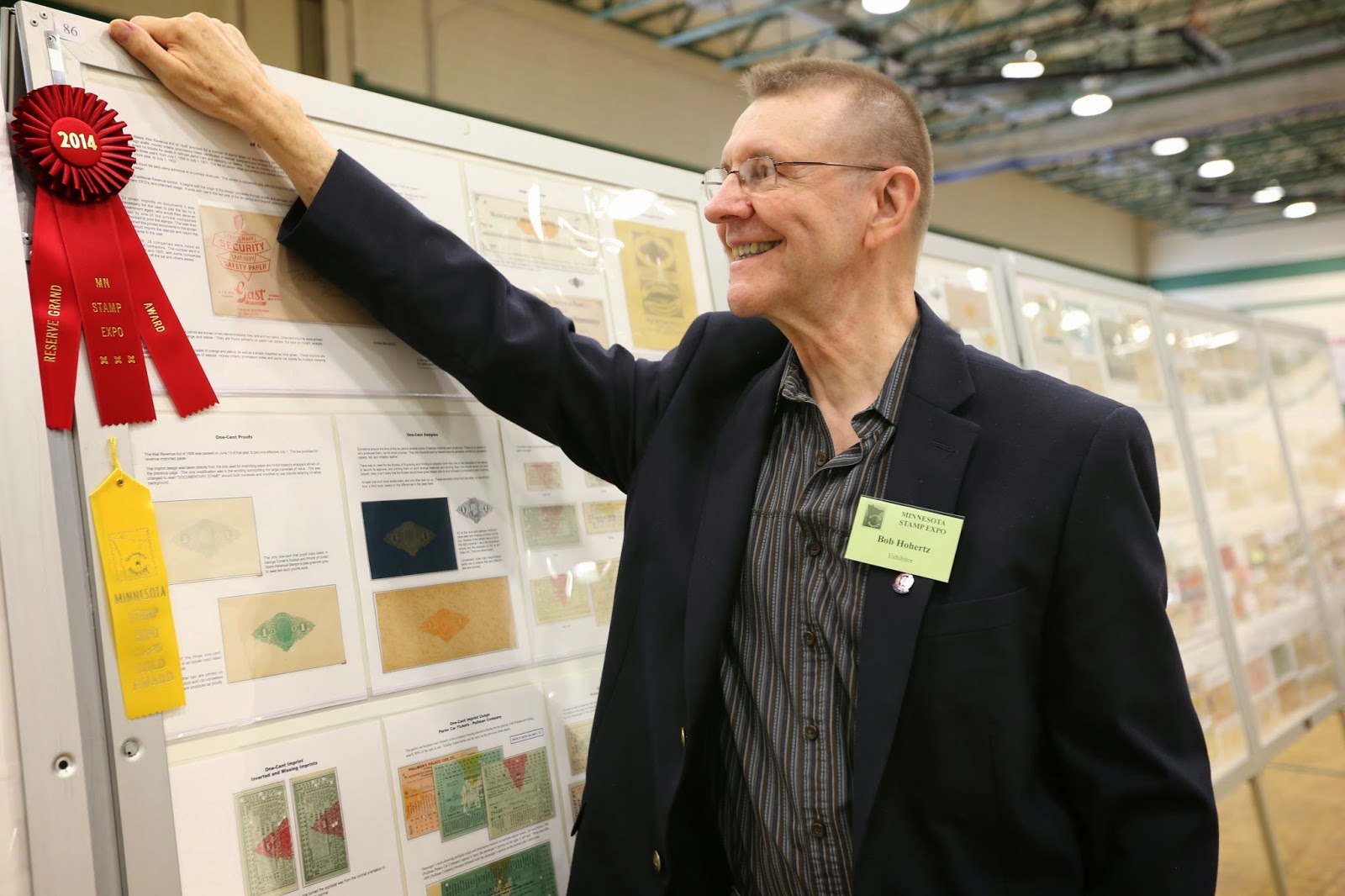 As many readers may have noticed, your correspondent has not updated this site or been active for quite awhile.  Due to circumstances, some beyond my control, some having do to do with the weight of other obligations, and some having to do with lost momentum, 1898 Revenues has been dormant.

I'm now in the process of deciding how to handle future publishing targets.  The previous grind of nearly daily posts won't return for awhile.  Outside obligations remain intense, if not as great as in the past year or so.  Look forward to fewer posts than in the past. But there should be at least several posts a month, and when inspired, more than several.