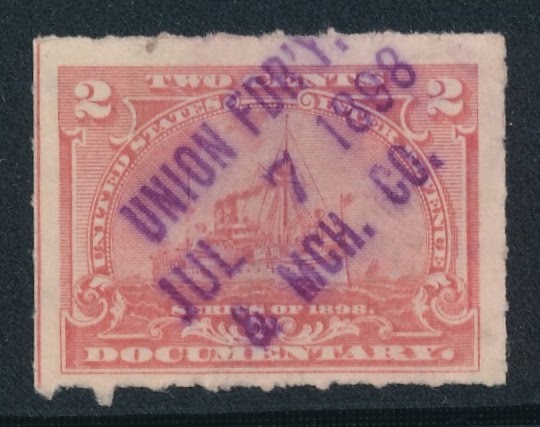 
From Commonwealth of Pennsylvania. Manufacturing and Mercantile Resources Of The Lehigh Valley, 1881:

These works, located at the corner of Front and Pine streets were established about thirty-years ago and in 1869 were purchased by a company, and have since been kept in operation by them. They are situated on Front street, at the corner of Pine, and are convenient to the Central Railroad or Lehigh Canal. The works occupy a considerable plot of ground, upon which are large and necessary building, together with ample yard room, the whole being supplied with much new and improved machinery fur producing the various specialties of manufacture. The Company are particularly engaged in manufacturing all kinds of rolling mill work, controlling in this branch of its work a large business from the many mills located in the Valley, possessing very superior facilities, they are enabled to compete in this work with any concern in the Valley; and their productions are known over a wide extent of country. All the buildings, including machine shop, foundry, blacksmith shop, pattern building, etc., are substantially erected, the whole forming an active centre of industry. In the various departments of the works there are employed thirty hands, and a twenty-horse power engine furnishes the motive power for running the machinery, much of which ingenious and particularly adapted for the specialty of work for which it is employed.

The Company is composed of several prominent gentlemen, the works being under the direct control of Mr. David Williams, the managing partner, who is thoroughly conversant with the business. The Union Foundry and Machine Company have a well earned reputation for doing first-class, work and are rapidly building up a large trade. They exercise an important influence in the prosperity of the town.
Posted by John Langlois at 8:31 AM 5 comments:

If its not one thing its another conspiring to keep me from writing posts for this website.  This week finds your correspondent in Liberia.  I am a part of the US Agency for International Development's Disaster Assistance Response Team or DART, detailed to Liberia to support the US Government's response to the ebola epidemic.

In the 1990s, in what was essentially a different career life for me, I was an epidemiologist with the World Health Organization in Liberia.  The country was in the middle of its civil war, and the health situation in Liberia was a boggling and complex emergency.  I gave up that work when I was asked to run The Carter Center office in Liberia.  Former President Carter had involved himself with the war's belligerents to help mediate and resolve the conflict, and I ran the Carter Center's front line office in Liberia for two years.

Back to the present.  In August the capital city Monrovia was a hot zone.  Dead bodies could be found on the streets and the public had become so fearful that public places were abandoned and the streets were quiet.  Medical centers were overwhelmed and patients were turned away.  Today Monrovia is different.  The epidemic has cooled.  There are empty beds in the new Ebola Treatments Units.  Fewer patients are showing up each day.

But ebola remains, and patients are coming in, just not in the August numbers.  In contrast to the quiet city of August, Monrovia in November has come back to life.  Public spaces are lively and many can be found in the streets.

While no one is yet certain why there is a trough in the number of ebola patients, it may be because of the healthy dose of fear that drove everybody inside and to keep away from each other.  But today, knowing that some people are still carrying the virus in town and in the rural areas, rapid human to human transmission can be reignited.  And the life in the streets that I saw today may signal that we could have a new spike of cases in the coming weeks, simply due to increased opportunity for human to human transmission of the virus.

I will be here for several weeks on this trip and may, if time allows, put up another revenue post.  But for now I am immersed in the work of renewing relationships with Liberian colleagues and friends on the front lines of the ebola epidemic.