From The Register of the Lynn Historical Society, 1915:

After a course in the public schools of Lynn he entered Wilbraham Academy.  During most of his life he made his home in his native city, though he resided for a time in Somerset, Mass., and in Windham, New Hampshire.

Mr. Baker was widely and most favorably known from his connection with the real estate and insurance business and his sound judgment on all matters pertaining to this business was generally recognized. For many years he was associated with his father as Ezra Baker & Son ; then as Baker, Marshman & Baker; but, upon the death of his father, the firm became merged into the company of Silsbee, Baker & Geer; later as Silsbee, Baker, Geer & Ingalls, which became by far the strongest of its kind in Lynn. 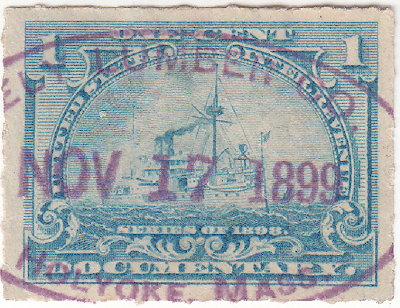 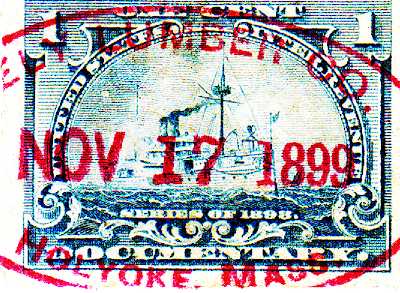 As we head towards the holidy season, candy companies are also entering one of their biggest seasons.  In addition to making the candy, the firms also need to worry about packaging.  Over 110 years ago, Rochester Candy Works ordered a lot of waxed paper from The Hammerschlag Manufacturing Company in Garfield, New Jersey, which shipped the lot by rail via the Erie Railroad to Rochester, N. Y. 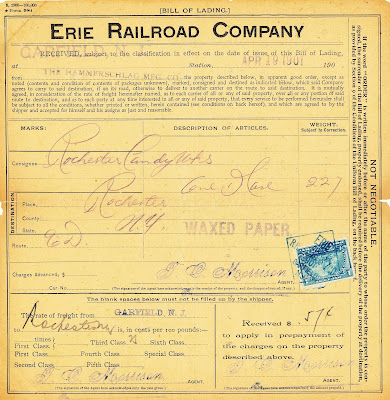 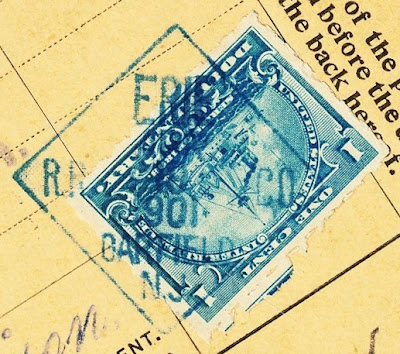 The Erie RR cancel above takes the diamond form of the Erie RR logo: