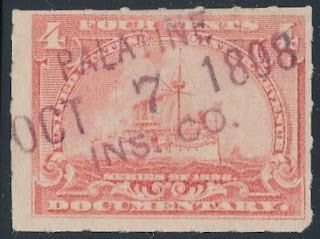 NEW ORLEANS, La., Nov. 12. -- It has been definitely settled that the new Palatine Insurance Company of London, organized by the Commercial Union Assurance Association to succeed the Palatine of Manchester, which was purchased outright by the Commerical Union, will enter the Unted States Jan. 1, when the business will be transferred.
A conference has just been held here by General Manager Owen of the Home Office, United States Manager Wray of New York, both of the Commercial Union, and Charles Janvier, Southern Manager for the Palatine of New Orleans.  After the meeting it was announced that the new Palatine would supplant the old Palatine on the first of the year.  Mr. Janvier will continue as Southern Manager of the Palatine, though with a smaller territory.
Posted by John Langlois at 12:01 AM