Neither of the bonds shown below, again courtesy of JW Palmer, were good investments. Both offered an attractive 5% return in an era when 3% was the norm, likely in an effort to secure speculative investors. The lower $500 and $200 face values also may have spurred some toward these chancy investments.

They nonetheless serve to show interesting usage of the 25-cent and 10-cent battleship revenues respectively paying the 5-cent per $100 in face value tax rate. 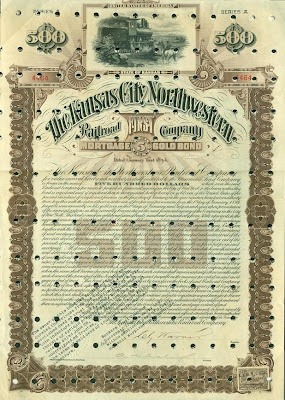 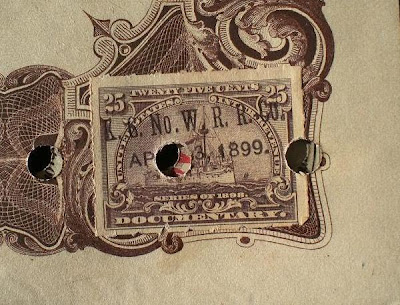 The American Tropical Planting Company, incorporated in Delaware with offices in Philadelphia, offered a 5% annual dividend for its bond plus pro-rata payments on any additional net profits on its produce(bananas) operations on some 5,123 acres in La Mosquitia, Colon, Honduras. Considering the environs of La Mosquitia, this appears to have been a scandelous investment scheme.

That only the first annual coupon, due January 1, 1901, has been clipped from any of the several known surviving bonds and the tax on the original issue was not paid until February 14, 1901 further suggests was not a successful venture. The bond, though, features an attractive vignette of a man picking bananas. 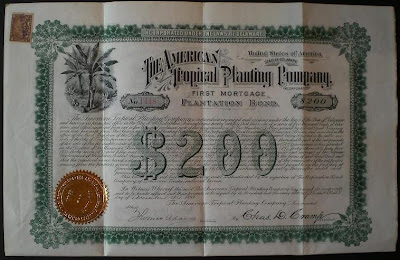 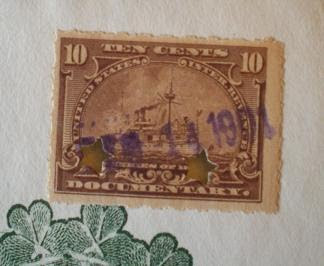