Requirements for using the certicate were detailed on the reverse side.

Reverse Side of Certifcate
The accompanying letter further explains the offer and, as was customary of the time, showed the company's plant as part of the masthead. Somewhat curiously the letter is dated May 22, 1901, almost two weeks earlier than the certificate, and the amount of the certificate, $2.50, was added by a penned notation. 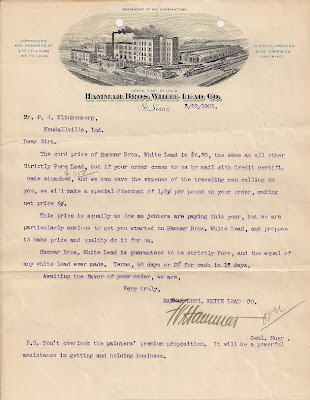