This post is part of a continuing series on Richard Fullerton's 1952 Catalog of Railroad Company, Street Railway & Express Company Printed Cancellations on the 1898 U. S. Revenues.
Examples of the cancels, when available, are posted.

The Hannibal and St. Joseph Railroad was formally acquired by the Chicago, Burlington, and Quincy Railroad in 1883.

One type only on two denominations: 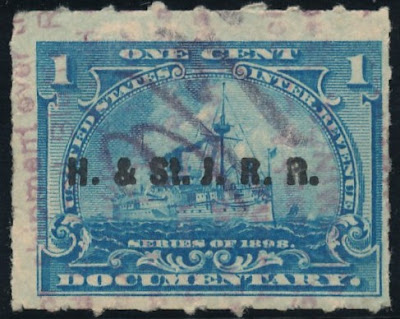 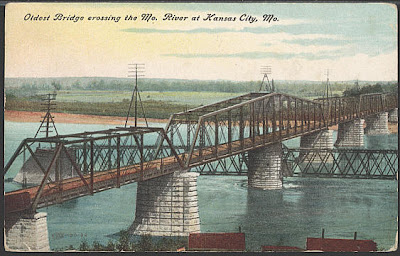 The Hannibal & St. Joseph Railroad bridge over the Missouri River at Kansas City.  Built in 1867-69.  The bridge played a major role in Kansas City's growth as a city and commercial and railroad center.
Posted by John Langlois at 12:01 AM