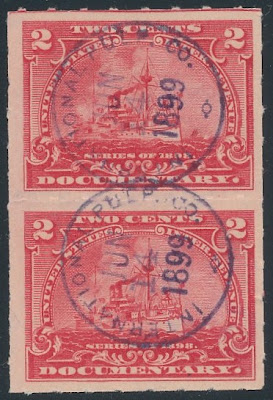 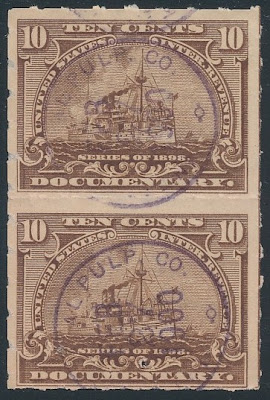 International Pulp was first featured on this site back in June 2012.  International Pulp, like many forest products firms, also engaged in other industries that took advantage of their large land holdings.  In this way Internatinoal Pulp became an asbestos firm.
Posted by John Langlois at 6:00 AM No comments:

International Paper's +50 year old brand logo designed in the early 1960s by Lester Beall.  Organized in 1898 of of sixty smaller paper firms, the company continues today as the largest paper and pulp company in the world.  The company is based in Memphis, Tennessee. 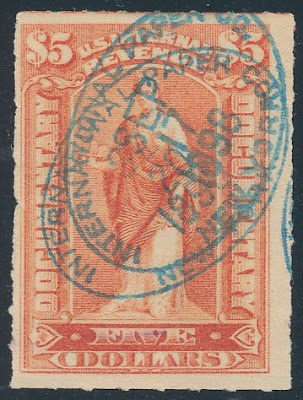 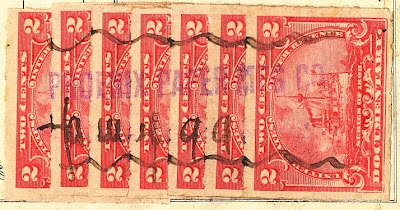 Seven 2c documentary stamps for a total of 14 cents were used to pay the taxes on this $620 promissory note.

Very little shows up in the historical record I have access to regarding the Phoenix Paper Manufacturing Company. 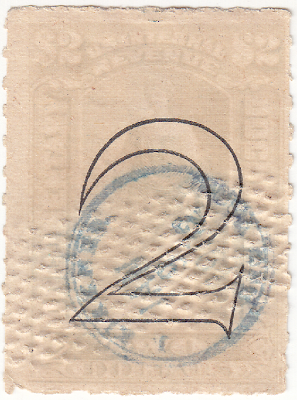 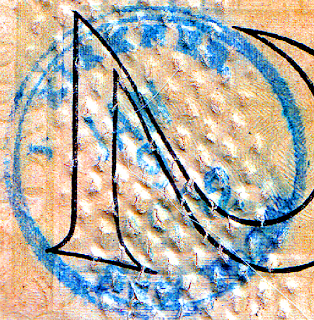 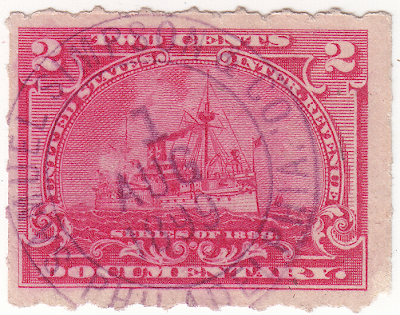 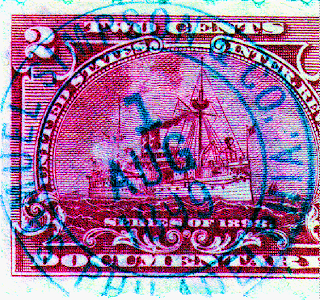 There is little history available to me on Mr. Simpson and his company, save for the report of a legal case between owners of the firm Samuel Simpson & Company in the 1901 Pennsylvania State Reports.

Samuel Simpson & Company was reported to be in the business of importing and selling goat skins and other merchandise at 429 North Third Street in Philadelphia.

The firm Samuel Simpson & Company would be reasonably successful, but with the end of the partnership in March 1899, Mr. Simpson treated Mr. Lyons as his true partner and refused to open the books of the firm to Elizabeth Lyons.  Hence the court case ensued.

By the date of this cancel in August 1899 it is clear that some aspects of the firms operation were still underway after March 1899.

Posted by John Langlois at 8:07 AM No comments: 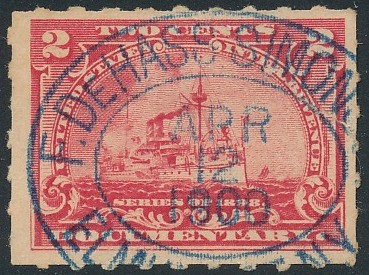 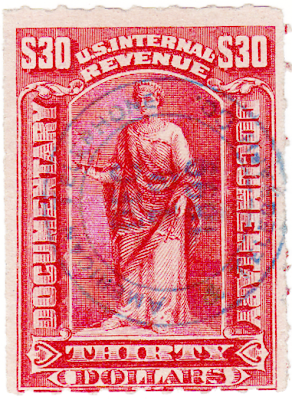 Corporate structure
Posted by John Langlois at 6:00 AM No comments: 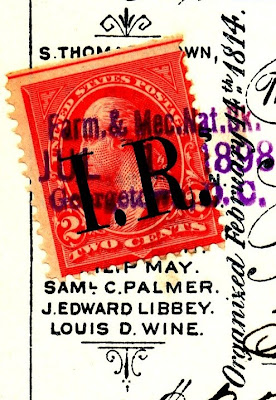