Since Scott RN-X3 was assigned to yellow imprints and is no longer listed in Scott, I’ll cover those and the orange ones under RN-X4. The shades range from one to the other anyway, and sorting them out is not a very productive pastime.

Scott lists one-cent orange unused, then X4a as on a Pullman ticket, unused, used, and partial. X4b is a Pullman ticket with the imprint on the back, only listed as a partial. 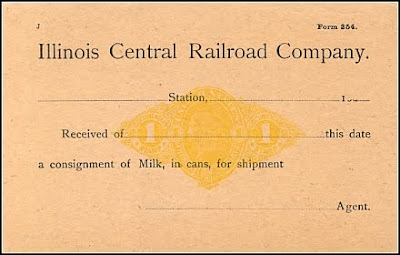 Figure 10. The tax on freight receipts was one cent from July 1, 1898 through June 30, 1902. This is the only type of non-ticket document currently known that bears a yellow or orange one-cent imprint. None are known used.

Although Scott lists all of the X4 tickets under “On Pullman ticket,” two other companies used that color of imprint. 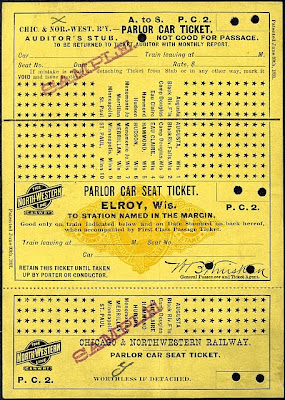 Figure 11. The Chicago and North Western Railway had a split-concession agreement with the Pullman Company which allowed it to operate its own parlor cars during tax period, so it did not use Pullman tickets. This is a simplex ticket that used a special cutter to indicate the destination. The top part of the ticket was kept by the ticket agent, and the bottom half would have been collected by the porter on the train. 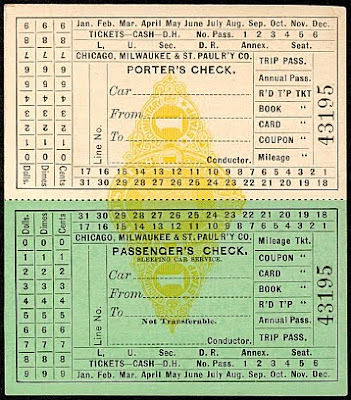 Figure 12. The Chicago, Milwaukee and Saint Paul Railway aka Milwaukee Road used Pullman cars prior to 1890, but not during the tax period. Several unused copies of their two-part tickets bearing a yellow imprint are known. 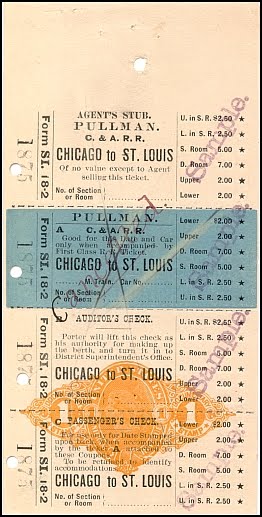 Figure 13. Several types of Pullman tickets with yellow or orange imprints are known. This form was used in the first months of 1900. 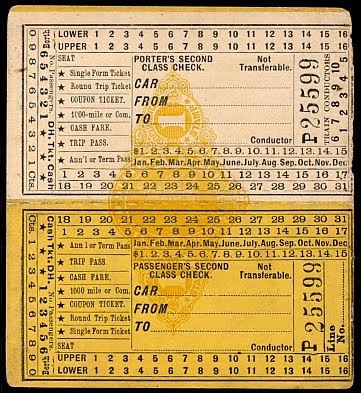 Figure 14. The other type of unused Pullman ticket with a yellow or orange imprint was a two-part, used from 1898 until late 1900 when the imprints in red began to appear. This one is an upgrade ticket. The passenger would have been traveling second class, but wanting a berth for the night.

The catalog indicates the existence of a used copy of a ticket with a yellow or orange imprint which apparently is not a partial. This could be the ticket shown below, which probably had at least one more section above it. If so, it was not used, and their pricing is not appropriate. If not, I have not seen anything like what they are referring to and do not know how the listing originated. 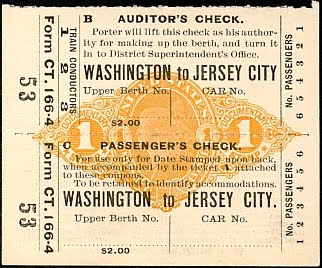 Figure 15. A partial but unused Pullman ticket for an upper berth on a trip between Washington and Jersey City. 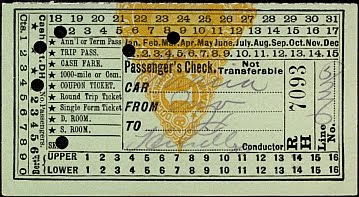 Figure 16. The standard two-part Pullman stubs are very much like those used by the Chicago, Milwaukee and Saint Paul. 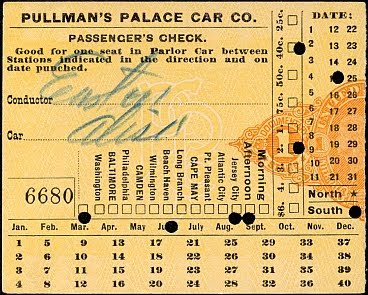 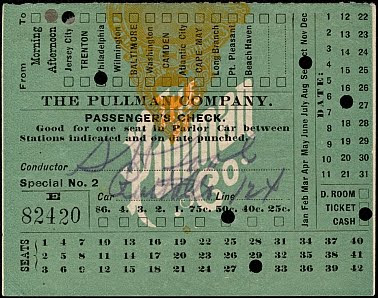 Figure 17. Figure 18. Pullman used a variety of other ticket formats, such as these. Some are even larger, to accommodate a longer list of destinations.

Scott RN-X4b is a partial ticket with the imprint on the back. This listing originated in 1979 in the Handbook for United Revenue Stamped Paper by Joseph Einstein, Tomas Kingsley and W. Richard De Kay. They do not explain what they mean by front and back, and they imply that there are a number where the imprints are on each. All one-cent yellow and orange imprints I have seen are printed on what I consider to be the front, so I would be interested to know how they split them up. At any rate, I can’t illustrate RN-X4b for you.
Posted by John Langlois at 11:54 AM