One-cent rose and red imprints were only used by the Pullman Company on parlor car tickets, so far as is known. One did not pay a tax to ride on a train unless it was in a luxury (parlor) car or one used a berth on an overnight trip. 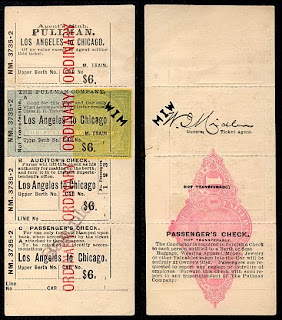 Figure 3. This is one of three currently-known unused multi-part tickets with rose imprints. 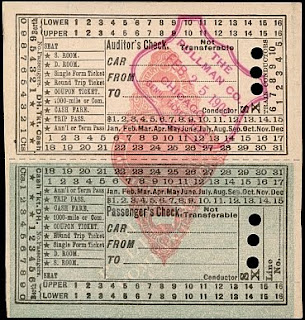 Figure 4. One of three or four known unused two-part tickets with rose imprints.

I do not know what Scott had in mind for used, but I suspect it would be a portion of a ticket that has substantially the entire imprint present. 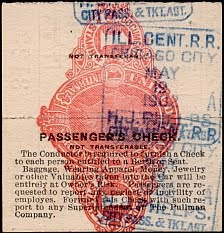 Figure 5. There are probably fewer used multi-part tickets that include virtually the whole rose imprint than there are unused ones. 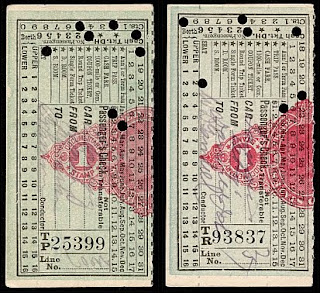 Figure 6. This is what the passenger would have retained of a two-part ticket. The ticket on the left has the imprint in the normal orientation, while the one on the right has an imprint that is “inverted” in relation to normal. 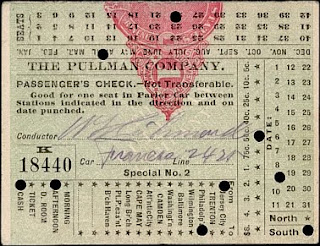 Figure 7. There were some multi-station tickets with red imprints. This stub is from one such. No unused copies are known.

This shade of imprint is only known on two-part Pullman Company tickets. They used it briefly, late in the tax period, so far as I can tell.

Scott does not list dark red as unused, but here is an entire, unused copy. 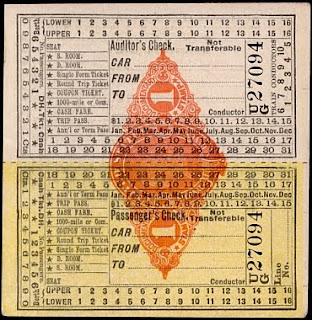 Partial copies are not common, either. The surviving used imprints are always on the yellow passenger’s stub, where they tend to look red-orange. 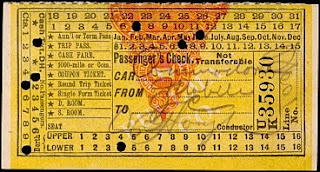