Here is a second example contrasting the 1950s compiled list of proprietary printed cancels by Chappell/Joyce with the late 20th century version from the Joyce/Buford collections.  The American Medicine Company has two cancels listed by Joyce/Chappell: 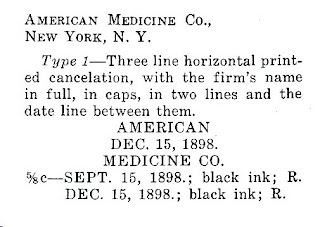 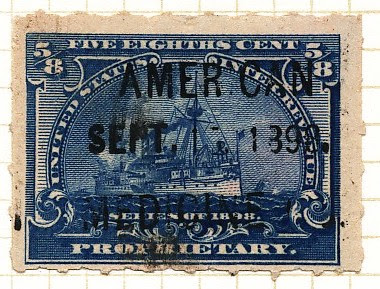