Cancel for June 14: P. A. Hewitt, Auditor of the Dayton & Union Railroad 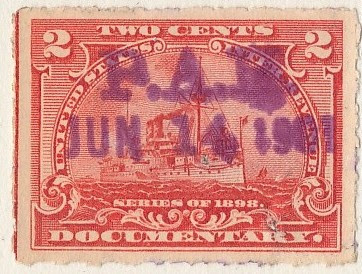 P. A. H.
JUN  14  1901
According to Henry Tolman, PA Hewitt was the Auditor of the Dayton & Union Railroad at the time of this cancel.  While I have no reason to doubt Tolman, I have yet to find any independent verification.  From the postcard below, though, we know that Hewitt was an Auditor for the Big 4.  He held this position in 1890 and perhaps beyond.  By 1901, if Tolman is correct, he had become the auditor for the smaller Dayton & Union. 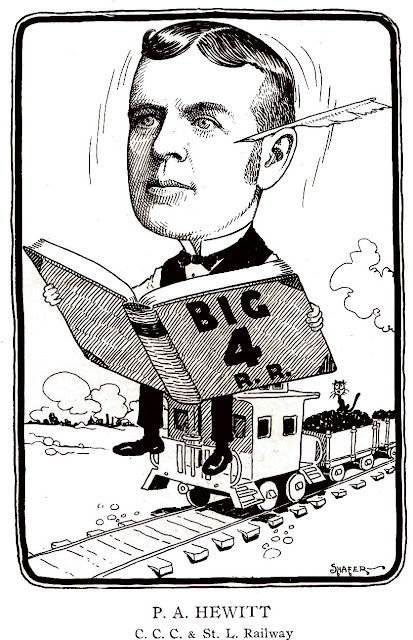 The CCC&StL Railway, the Cleveland, Cincinnati, Chicago & St. Louis Railway, was known as the Big 4. 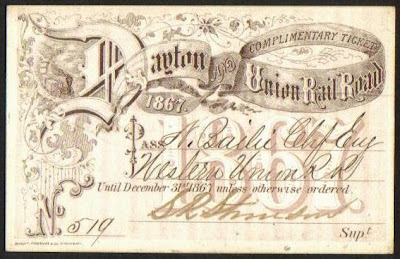