On Beyond Holcombe: The Cheney Medicine Company

Editors Note: Malcolm A. Goldstein is a new contributing blogger for 1898 Revenues. This post is part of a continuing column on the companies that used proprietary battleships. 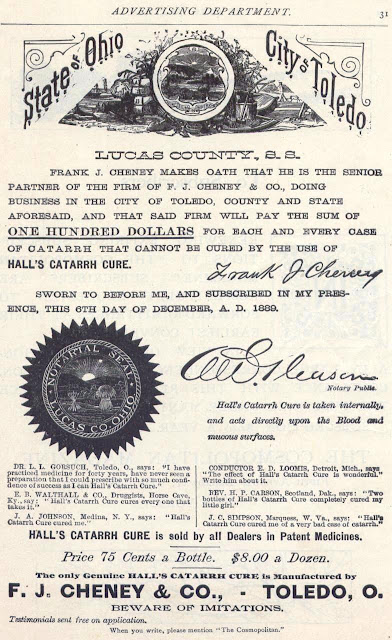 Frank J. Cheney’s usual ad for his Hall’s Catarrh Cure was a sworn affidavit, dated 1886, promising to pay $100 to any person whose catarrh wasn’t cured by his product. Cheney’s Toledo, Ohio manufacturing establishment, Frank J. Cheney & Co., operating as the Cheney Medicine Company by the time of the Spanish-American War, is identified with a variety of C.M. Co. hand stamped cancels. His medicine was a perennial best seller. Over time, Cheney’s affidavit, or a similar promise, appeared in a wide variety of publications in fields ranging from the Public School Journal, through American Kitchen Magazine, the Bee Keeper’s Journal, the North American Horticulturist, the Confederate Veteran, the trade magazines of all the railroad unions, to St. Andrew’s Cross (devoted to “the spread of Christ’s kingdom among young men,”) and The Menorah, the newsletter of the Jewish Chautauqua Society. Its popularity is attested by the regularity with which philatelists see the battleship cancels, and the frequency with which bottle collectors are offered the vast number of surviving empties. Bottle collectors have often told Cheney’s story: philatelists have not. 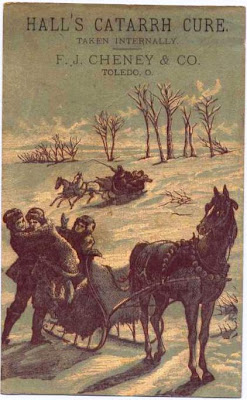 Like all proprietary medicine makers, Cheney regarded his formula as secret, or “proprietary.” Yet as early as 1890, in a book entitled Secret Nostrums And Systems of Medicine, a physician named Charles W. Oleson of Chicago printed an analysis of the concoction done by Frederick Stearns & Co of Detroit, another drug manufacturer:

together with the directions for mixing them:

Macerate the crude drugs in 12 ounces of dilute alcohol for 48 hours; then transfer to a percolator and allow to percolate slowly; when the liquid has ceased to percolate, pass enough menstruum through the percolator to make the finished product measure 16 ounces. In this dissolve the potassium iodide.

Dr. A. Dale Covey of Detroit repeated the same formula, also quoting Stearns as the source of the analysis, in his 1903 book, Secrets of Specialists, published by the Physicians Supply Co. of Detroit. While both Frederick Stearns & Co and Physicians Supply Co paid the Spanish-American War tax on their products using distinctive battleship cancels - and themselves are subject to scrutiny in a future columns - it is enough to say now, that the authors of these books believed they were contributing to the general welfare by publishing their versions of Cheney’s ingredients. Although there is a suggestion that the publication of the formula is meant to “enlighten” in the preface to Oleson’s compilation, the wording does not make it entirely clear whether exposure of the formula was meant to discourage its use by showing the lack of established medicinal qualities of the ingredients, or simply just to make it easier for local pharmacists to compound their own competing house brands. Dr Covey’s preface states his intent to reveal and root out quackery, but, at the same time notes its intention to commend meritorious treatments. However, he too does not indicate which of the various formulae disclosed he places into which category.

The American Medical Association showed no such equivocation when it denounced Cheney’s ads in a long article published in 1918 demonstrating that Cheney never paid the advertised sum, and documenting his rejection of claims of those who had averred continued illness after consumption of up to thirty bottles with such pronouncements as the claimant had not given the Cure enough chance to work, or actually suffered from some disease other than catarrh, or needed to take larger doses of the Cure. Of course, Cheney could always technically (or legally) disqualify all claimants: he never precisely defined the term “catarrh.” Today it is regarded as a fancy and outdated name for an overgenerous flow of mucous, a symptom that any number of different ailments might cause. One can visit any drugstore to locate a shelf full of products claiming to deal with it. Most, at least, talk only of relieving the symptoms of “mucous congestion” and do not promise any kind of a miraculous cure. They too are perennial best sellers. (In light of the recent disasters in Japan, while picking up these preparations at the drugstore, one can also secure potassium iodide pills to forestall radiation sickness, a currently unnecessary (depending upon one’s level of trepidation) legitimate use for one of Cheney’s ingredients. 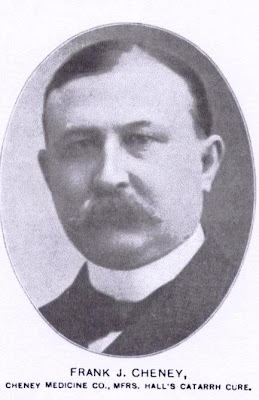 Upon his death in 1919, a drug trade journal recalled that Cheney was an “attractive man, personally, and made and held friends, of whom there are hundreds who will ever hold him in affectionate remembrance.” As a wealthy businessman, Cheney published a book of short stories, was a patron of the Toledo Art Museum, and maintained a box at the Toledo opera house. He used his success to act as an incorporator of the Lake Erie & Youngstown Railroad and the financier and President of the Maumee Cycle Co, apparently a less successful enterprise. Not everything was a bed of roses: a drug trade publication reported that he was expelled from his Masonic lodge in 1897, and a contemporaneous lawsuit indicates that his social club attempted unsuccessfully to expel him for conduct unbecoming a gentleman apparently involving an indiscretion with the wife of another member. A thumbnail sketch of the Cheney Medicine Co could end at this point, with the portrait of Cheney created no less contradictory than those of the other rugged individuals whose sharp practices in business led them to amass great fortunes which were then plowed back into monuments to civic virtue. However, Cheney’s real significance lies far beyond the ghostly shadow he now casts in Toledo’s annals.

It was on the national level that Cheney left an indelible mark, because his name is forever linked to the infamous “Red Clause.” That clause was simple and powerful, but requires some historical background. To sell their products, the proprietary medicine companies needed to advertise them widely and insistently. In turn, to provide the necessary advertising space, these companies found it convenient to underwrite the establishment of local newspapers in rural communities - sometimes supplying the printing presses - and keep them afloat with their advertising. Typically each separate proprietary company negotiated a one page contract with each newspaper stipulating that the newspaper would print advertising in the form the companies supplied in each issue of the paper. As the local newsmen mailed their papers into the companies to demonstrate publication of the ad, each company remitted a steady and reliable stream of cash to each of its contracted newspapers.

In 1881, realizing that there was strength in numbers, these companies decided to form the Proprietary Medicine Association of America. Cheney became a lynchpin in the organization from its beginning. With scientists beginning to seriously investigate the composition of patent medicines and question whether or not they were beneficial, political pressure was building to force the manufacturers to disclose their sometimes dubious secret ingredients. Cheney realized the contracts between the patent medicine companies and the newspapers could be wielded as a weapon to fight this growing political pressure. In private meetings of the Association, he proposed adding a clause to each contract stating if any legislation passed in the jurisdiction where the newspaper was published restricting or prohibiting the manufacture of patent medicines, the remainder of the contract was immediately voided. The clause quickly became the industry standard and was featured in every subsequent contract the companies issued, printed in red ink, as a reminder. Thus it became known as the “Red Clause.” Thereafter, whenever the federal or any state legislature began to discuss passing legislation in a manner that the patent medicine industry felt infringed upon its rights, each company simply sent a letter to each of the newspapers with which it had a contract reminding that newspaper of the Red Clause and warning that if it did not editorialize against the offending legislation, it risked the loss of revenue which would follow the passage of the legislation. Since each local newspapers had contracts with multiple patent medicine companies to fill its many columns with advertising, one can imagine the barrage of mail each editor received every time a legislature took up the subject of patent medicines, and can further imagine the burst of negative editorials that followed in the next issue against such legislation. By using Cheney’s “Red Clause,” the Association made itself an enormously powerful lobbying organization on both the national and state levels of government. When secret minutes of the Proprietary Association meetings were later revealed, they showed that Cheney used to brag about the efficacy of the Red Clause in defeating state disclosure laws.

Representing Collier’s Weekly, a national magazine whose editorial board had determined to refuse patent medicine advertising, Samuel Hopkins Adams cultivated a few principled, local newspaper editors who leaked to him copies of their contracts with the patent medicine companies. In 1905, using these documents, he finally exposed the existence of the “Red Clause” to public scrutiny. The revelation was more stunning because at that time Cheney was serving as the president and principal spokesman for the Association. Cheney was held up to public ridicule briefly, and, while the uproar that followed the revelation of the “Red Clause” led to the passage of the Pure Food and Drug Act in 1906, in 1919, when Cheney died, his 1886 affidavit was still running as the advertisement for Hall’s Catarrh Cure in local newspapers.

Enough history! Now hurry out to get your supply of potassium iodide pills! 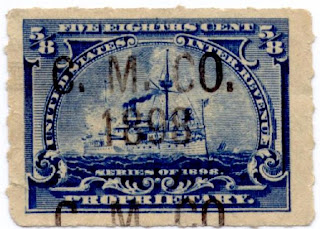 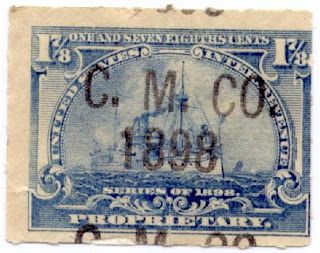 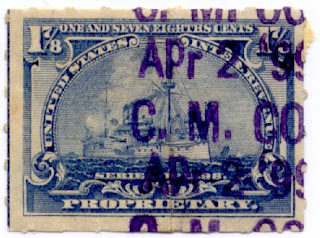 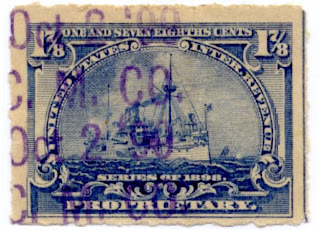 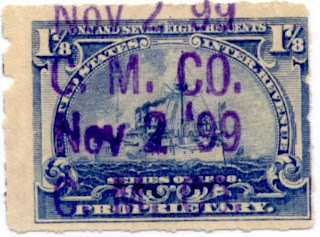 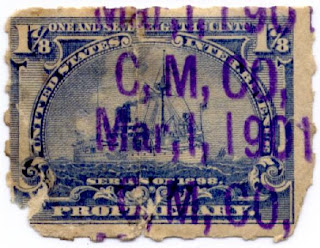 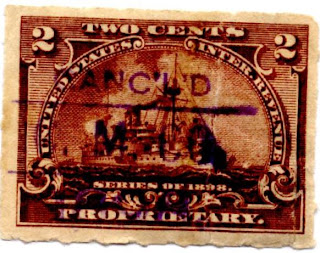 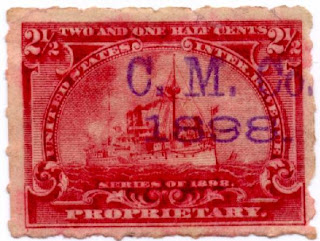 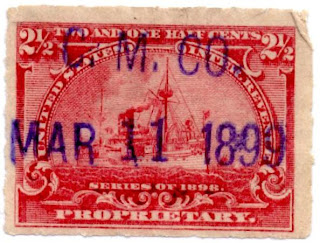 Posted by John Langlois at 7:56 AM