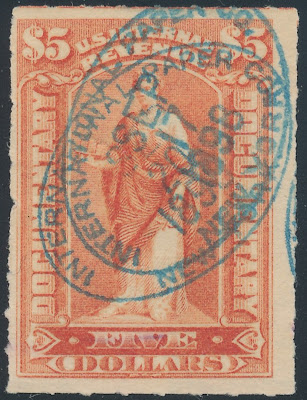 INTERNATIONAL PAPER CO.
SEP
17
1898
NEW YORK
doubled cancel with September 20 over the 17th
This stamp was cancelled the year of International Paper's creation.  In 1898 the firm was incorporated after the merger of 18 pulp and paper mills in the northeastern United States.  At its formation the company produced 60 percent of all the newsprint in the United States. 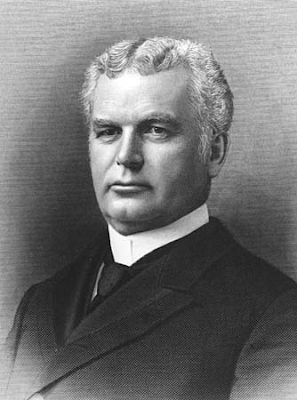 Hugh Chisholm
Force behind the creation of International Paper and the company's first president
Posted by John Langlois at 12:05 AM