Three days ago Sean Roberts sent in an interesting 1ct documentary block of 4, apparently nonrouletted vertically.  In turn, Frank Sente sent in some rouletting anomalies, prompting this post on rouletting varieties on R163.
No Roulette: 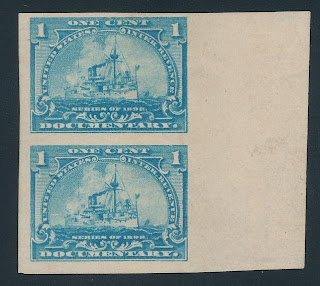 This pair appeared in a post more than one year ago.  ex-Joyce and ex-Tolman, this is one of the few known no-roulette examples of the 1c documentary.  The pair is Scott listed but the value is in italics.
"Imperf Horizontally:" 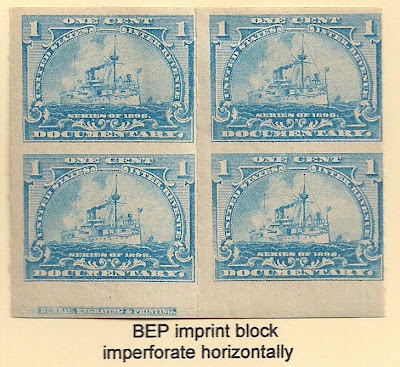 Also Scott listed, this example no-rouletting horizontally is fairly common.  Scott lists the variety as imperf horizontally, though technically the block is imperf vertically too.  Roulette cuts are generally not considered perforations.  This block is part of Frank Sente's collection.
No Rouletting Vertically Between?: 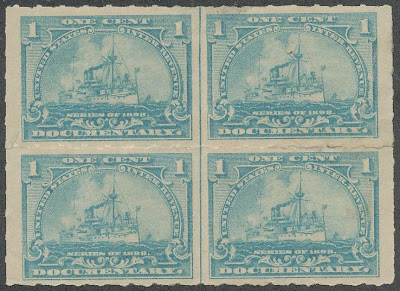 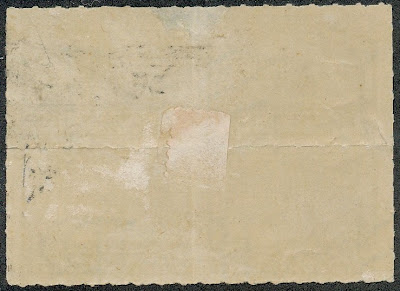 This is the block sent in by Sean Roberts.  There are no obvious roulette cuts running down the center of this block, either from the front or reverse of the block.  Sean reports a vertical crease where the roulettes should be.  An issue is whether such a crease would be considered blind roulettes or no roulettes.  There are clear vertical roulettes on either side of the block, showing that the sheet this block came from went through the rouletting machine.  The wheel responsible for the rouletting running down the middle of the block clearly had a problem.  Does that make this block important?
Shifted Roulette: 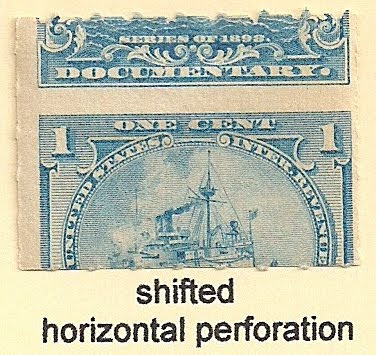 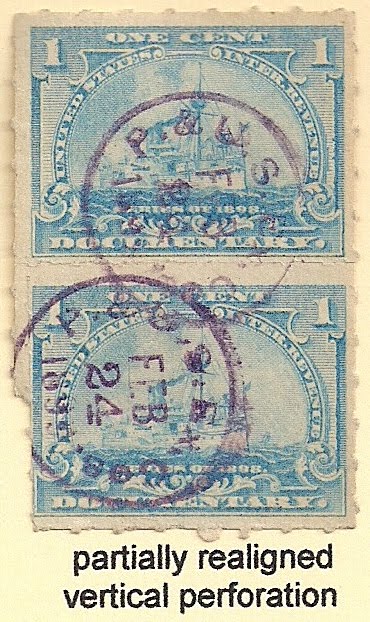 Lastly, a roulette that realigned itself part-way during the rouletting of the sheet.  See the left side of the bottom stamp of the pair.  Interesting Pacific and US Express handstamp.
Posted by John Langlois at 12:01 AM