The Precancel News: The Fullerton List Makes News (or not?)

Frank Cunliffe deserves the credit for sending this scan of an article by Richard Fullerton in the January, 1953 edition of The Precancel News.  Frank hypothesizes that Mr. Fullerton, while never confirmed as a member of the American Revenue Association, may have been instead a dedicated precancel collector and a member of a one of the large precancel societies.
Fullerton's formally published list of documentary printed cancels was issued July 1, 1952.  In a peculiar turn, the article below postdates the list but does not mention the existence of the list, though the list was apparently produced 6 months prior to the below article's publication.  All of the illustrations in the article are the same as those that appear in the list.  The article below does complement the list somewhat in the Mr. Fullerton maintains something of a chatty narrative even if he does not provide much additional information compared to the list.  The Charles Metz column posted a few days ago on this site does a better job of that. 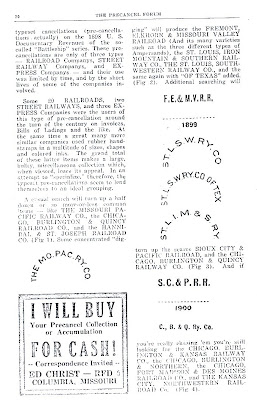 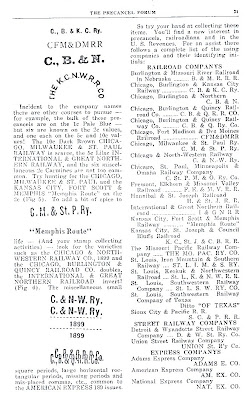