Cancel for May 20: German American Bank 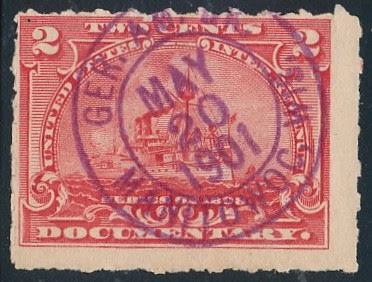 GER. AM. BK.
MAY
20
1901
MANITOWOC, WIS.
I don't have much to offer regarding the German American Bank in this post, however, Manitowoc, on the shore of Lake Michigan, did experience this interesting moment:

On September 5, 1962, a 20-pound piece of the 7-ton Sputnik 4 crashed on North 8th Street in Manitowoc. Sputnik 4 was a Russian satellite, and part of a test-flight of the Vostok spacecraft that would be used for Yuri Gagarin's spaceflight. The satellite was originally launched on May 15, 1960.  A bug in the guidance system caused the satellite to move into a higher orbit resulting in a delayed reentry and its non-intended landing in Manitowoc.  Nobody was hurt in the crash.  ﻿
Posted by John Langlois at 6:00 AM