As regular readers of the site might have noticed, I've got a ton of Lake Shore and Michigan Southern cancels, particularly on R164, the 2 cent documentary.  Christmas Eve featured a large LS&MS CDS on a R164.  Today is something different.  Frank Sente sent in the 1 cent proprietary below cancelled with an LS&MS handstamp.  Why would a railroad use a proprietary stamp?  Could this have been used on a waybill when copies of the 1 cent documentary were in short supply?  Did the LS&MS make its own sparkling wine?  I doubt the latter.  We do know however that the handstamp used on this proprietary stamp was in regular use on the 2ct documentary.  I've included a single example of this exact same cancel used on R164, and the September 1898 page from a R164 calendar composed mainly of railroad and other transport related cancels.  The calendar shows 11 examples of this type of handstamp. 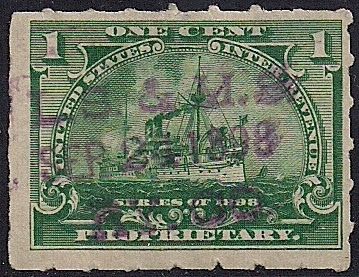 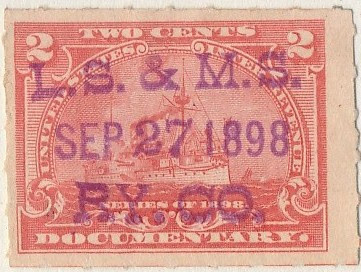 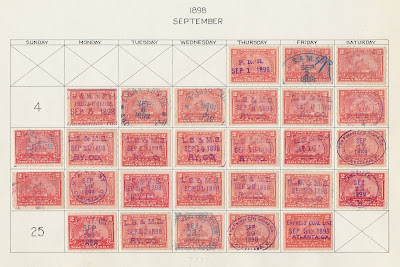 Posted by John Langlois at 8:00 AM