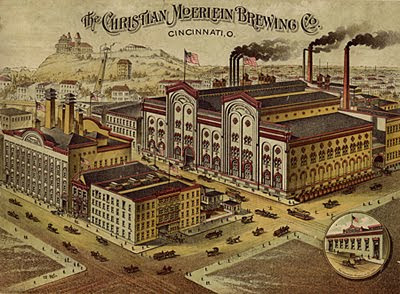 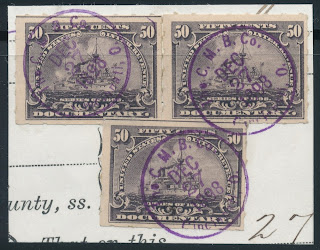 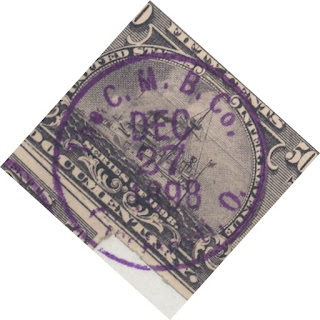 The  C.  M.  B.  Co.
DEC
27
1898
Cincinnati,  O.
From Ohio History Central:
﻿Christian Moerlein was born in Truppack, Bavaria, in 1818. He immigrated to the United States in 1841, eventually settling in Cincinnati, Ohio, in 1842. In 1853, Moerlein established a brewery in Over-the-Rhine, a predominantly German neighborhood in Cincinnati. In its first year of operation, the Christian Moerlein Brewing Company produced one thousand barrels of beer. In just over a decade, the brewery produced more than twenty-six thousand barrels of beer per year. Between 1812, when the first brewery opened its doors in Cincinnati, to the enactment of Prohibition in 1920, more than fifty different breweries had operated in the city. Moerlein was the most prominent brewer in the city. He sold his product across the United States as well as to other countries. During this time, no other Cincinnati brewery entered the international marketplace. His most popular beer was "Old Jug Lager Krug-Bier." The brewery made Moerlein a wealthy man. In 1884, he invested some of his profits in the Cincinnati Cremation Company. Investors in the company hoped that cremation would become more popular than burials of deceased persons. They argued that cremation was more sanitary and would benefit the living by limiting the spread of diseases. The Christian Moerlein Brewing Company continued to operate after his death in 1897. The brewery closed its doors forever with the enactment of Prohibition.
Posted by John Langlois at 8:01 AM