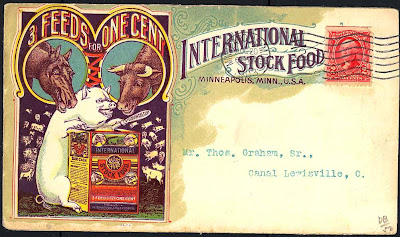 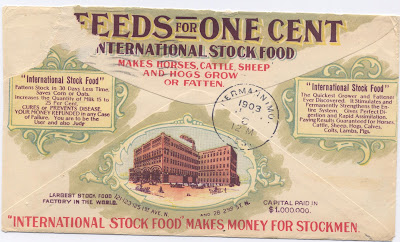 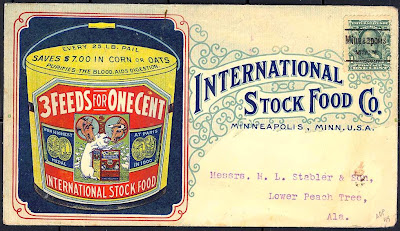 The International Food Co, a manufacturer of animal feed whose name was changed to International Stock Food Co about 1902, is known in philatelic circles both for its elaborate cancels on several values of the battleship revenue issue and its intricate and multicolored envelopes, now prized as advertising covers. The fronts of these envelopes sported the company logo, essentially variations on a picture of a merry pig, watched by a smiling horse and a cow, about to dig into a box or bucket of the company’s three-in-one feed. The backs of the envelopes showed the manufacturing plant in Minneapolis, MN, sometimes pitched at an angle highlighting the spires (calling to mind the English Parliament buildings), and sometimes focused on the massive building itself towering over a busy street. The accompanying legend boasted that the plant was the largest of its kind in the world and contained eighteen acres of floor space, sustained by a company capitalized successively at $1,000,000, $2,000,000 or, even later, $5,000,000. An ad mailed in one of the company’s fancy envelopes around 1902 explained why the company chose to use revenue stamps on its products during the Spanish-American War, thus subjecting itself to the tax assessed on proprietary medicines:


"At the time of our last war nearly every ‘Stock Food manufacturer’ made a sworn statement to the government that they did not use any medicinal ingredients in their ‘Stock Foods’ and did not claim any medicinal results. The government then allowed them to sell their ‘Stock Foods’ without paying the war tax and on the same basis as ‘common foods’ like corn and oats. A preparation of this kind that does not contain medicinal ingredients is of no more value to you than common ‘mill feeds’... These people either fooled the government or are trying to fool you by asking a ‘medicinal price’ for something that does not contain medicinal ingredients. Are such business methods honest? .... We paid $40,000 War Tax because ‘International Stock Food’ was a High-Class Medicinal preparation...” 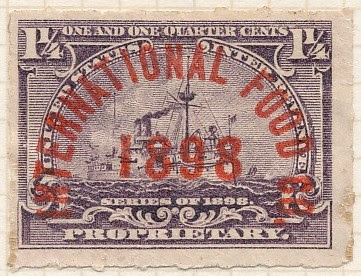 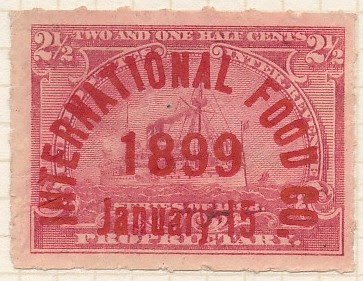 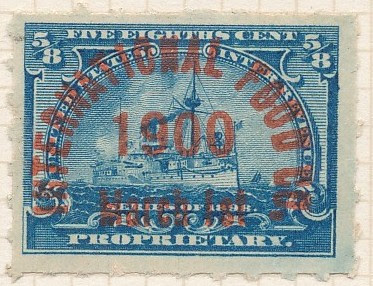 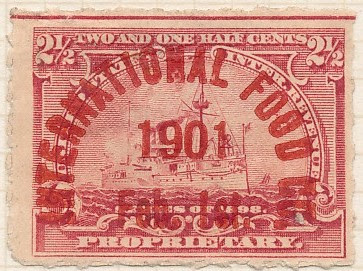 However, the real color in the International Food Company was its dynamic sole proprietor, Marion Willis Savage. Born in 1859 in Ohio, he grew up in West Liberty, Iowa, the son of a country doctor. Savage began his career as a farmer, but was flooded out. He then took a position as a clerk in a local drug store. From observing the local farmers, he concluded that there was a fortune to be made by manufacturing a cheap, reliable livestock feed. After an early manufacturing venture with a so-called friend who absconded leaving him broke, he moved to Minneapolis and started over in 1886. Finding the right advertising pitch in thriftiness, he always stressed that his feed was really “3 feeds for 1 cent.” By 1895, utilizing the know-how of experts working at the state agricultural school, Savage had constructed a large enough business to support his purchase of the grand Exhibition Building in Minneapolis, which he thereafter pictured on his advertising, and had affiliated plants not only in Toronto and Memphis, but also in England, Ireland, Scotland, France, Germany and Russia. Because of his great showmanship and energetic promotion efforts, Savage was identified by his contemporaries as “the second P.T. Barnum.” 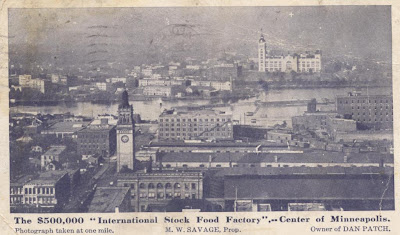 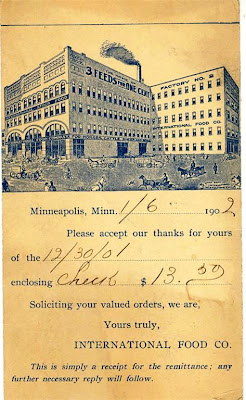 Savage had now amassed enough of a personal fortune to begin building his dream estate. He chose a location eighteen miles south and west of Minneapolis on the Minnesota River at a town called Hamilton, renamed Savage in 1904 in his honor. Here he began to nurture his true love which was horse racing and horse breeding. On one side of the river, he built an enormous and elaborate horse farm, known locally as the Taj Mahal, consisting of a barn with an octagonal rotunda 90 feet high and 100 feet long, from which protruded huge wings of stalls housing a capacity of 130 horses, together with a mile race track and a half mile race track, which was entirely enclosed and lit by 1400 windows. On the bluff on the other side of the river, he built his country house situated so that he could stand on his front porch and time the horses as they went around the track.

The horses with which Savage populated the farm assured that the crowds would come, for he purchased, as its centerpiece, Dan Patch. In an age when proper jockeys still rode in sulkies behind the horses, Dan Patch, at age 4, stood 16 hands tall (5'4'’) and weighed 1,165 pounds. He was a pacer (as opposed to a trotter which had a different style of gait) who had never lost a race and had already garnered over $13,000 in winnings for his prior owners. In fact, by 1902, no other owner would even race horses against him. Yet, Savage paid the princely sum of $60,000 for Dan Patch in 1902, and later bragged that the price was the cheapest he ever paid for one of his champions, since Dan Patch is thought to have earned well over $250,000 for Savage in many, many different ways. For example, the farm itself became a tourist attraction, accessible by a river boat plying the river, or, after 1907, on Savage’s railroad, the Minneapolis, St. Paul, Rochester and Dubuque Electric Traction Company. That railroad quickly took on another name, the Dan Patch line. 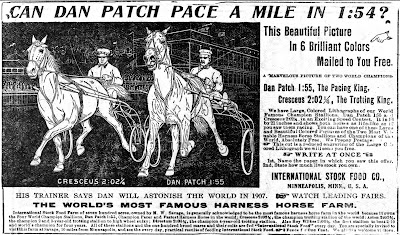 Through canny and lavish promotion, including Dan Patch’s own private railroad car painted white and decorated on either side with his framed portrait, Savage built Dan Patch into the preeminent pacer and harness racing champion of the first decade of the Twentieth Century, as famous in his time as Sea Biscuit or Secretariat. One writer has since described Dan Patch as: “the epitome of excellence, the superlative of greatness and the zenith of equine superiority.” First and foremost, Savage used Dan Patch to endorse International Stock Food’s products, credited with saving the horse’s life during grave illness in 1904, but also lent his name to endorse everything from automobiles to tobacco. Crowds of 40,000 and 50,000 regularly attended his appearances at state fairs and exhibition horse races, done only against the clock. Savage even re-named the farm the International 1:55 Stock Food Farm in 1906 after the racing association would not accept Dan Patch’s latest pacing mile time as the official world record (breaking his own record set the year before) because of a rule change . 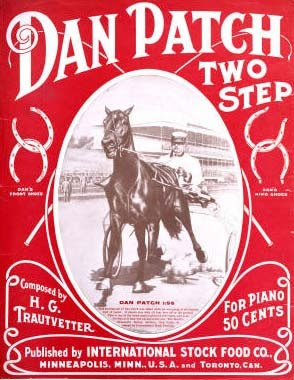 Whole articles could be devoted to Dan Patch. In the Internet era, entire web pages are dedicated to him, following in the path of books previously written about him. In 1949 a fictionalized movie, The Great Dan Patch, ostensibly recounted his story. After suffering from lameness, Dan Patch retired from racing in 1909. Put out to stud, he did not prove to be a great sire and his heirs never shone as brightly as he did. Even as Savage fielded champion after champion attempting to supercede Dan Patch’s records in racing circles, he never lost his attachment to Dan Patch, who continued to live on Savage’s farm. Both fell ill on July 4, 1916. Dan Patch died of an enlarged heart on July 11. Savage, hospitalized for minor surgery, was deeply upset to hear of Dan Patch’s death, but quickly recovered enough to order Dan Patch stuffed. However, before his order could be executed, Savage himself suddenly died. Most attributed Savage’s death to a broken heart. Possibly giving credence to these stories, his widow, Marietta, quickly countermanded the order and had Dan Patch buried quietly and privately somewhere unknown to this day on the farm grounds. Savage’s son Harold took control of the International Stock Food Company, and it continued to exist into the 1930s. Fisher’s Manual of Valuable and Worthless Securities lists the company as dissolved in 1935. Although the farmland has been in continuous cultivation since Savage’s death, the farm buildings fell into disrepair just after Savage’s death, and have all disappeared. The country house on the other side of the river passed to the Minnesota Masonic Home, which used the building as its headquarters for a number of years, but ultimately demolished the structure in 1950. Nothing remains of either Savage’s original farm or country home. Only the memory of Dan Patch lingers.