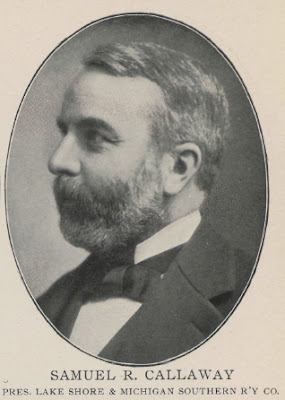 Photo of Callaway is from King's Views of the New York Stock Exchange, published in 1897.  Callaway was shortlived in his position with the LS&MS. 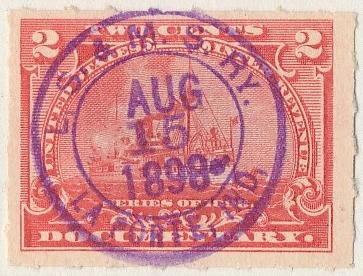 L. S. & M. S. RY.
AUG
15
1898
LA PORTE, MD.
Samuel Callaway's career shot like a rocket during the 1898 Revenues tax period.  He started 1898 as the President of the Lake Shore & Michigan Southern, a key link in William Vanderbilt's New York Central system.  He was promoted after a brief period by Vanderbilt and Chaucey Depew to the Presidency of the New York Central, and by May 1901 he was lured away to be the President of ALCO, the American Locomotive Company, a newly formed consortium of 8 existing locomotive builders.  ALCO would be a major force in steam locomotive construction until steam power in railroads became obsolete. 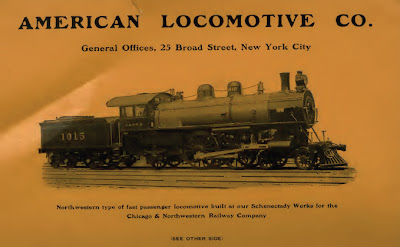 ALCO advert from the 1901 edition of Poor's Manual.  Callaway's name is listed below as the firm's President. 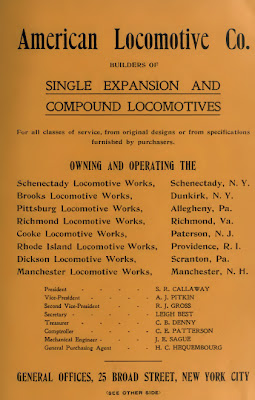