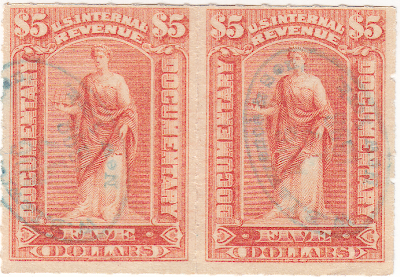 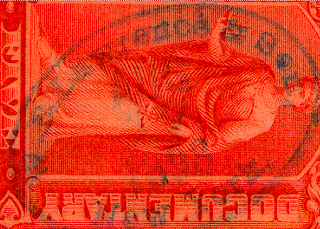 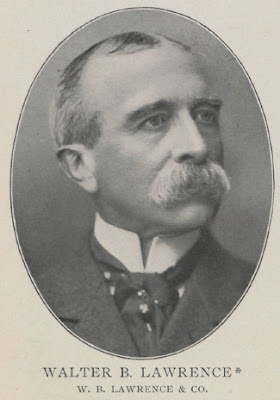 At the time of the publication of the photo above in 1897, Walter B. Lawrence listed his brokerage firm as W. B. Lawrence & Company.  However, he had a son, Townsend Lawrence, an 1894 Harvard graduate, who was a practicing member of his firm.  Yet at the time of the August, 1898 cancel, Townsend Lawrence was a first lieutenant of the Second United States Volunteer Engineers and an aid-de-camp to Brigadier General Ernst during his unit's deployment to Puerto Rico during the Spanish American war.  It appears that father Walter may have renamed his firm Walter B. Lawrence & Son in honor of his son serving as on officer in the US Army.
Posted by John Langlois at 6:00 AM