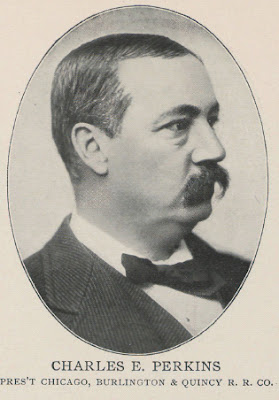 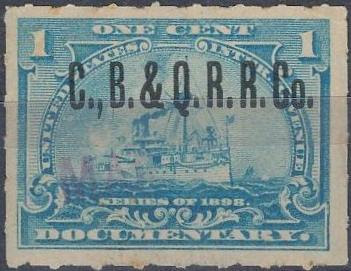 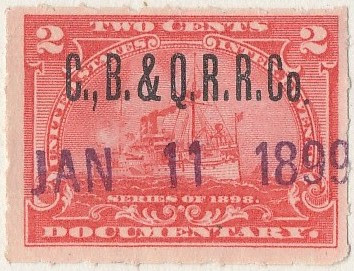 From The New York Times, November 9, 1907:
...Charles Elliott Perkins was born in Cincinnati November 24, 1840.  When 10 years old he went to Burlington, Iowa, and became a clerk in the office of the Assistant Treasurer of the Burlington & Missouri River Railroad.  In 1862 he was appointed Assistant Treasurer of the road, and three years later was made Superintendent.  In 1875 he was appointed a Director of the new Chicago, Burlington & Quincy System.  The following year he was elected Vice President, and in 1881 was advanced to the office of President.
At that time the Burlington system was controlled by New England men, and Mr. Perkins removed to Boston, where the head offices of the company were located.  He continued in office until 1901, when he resigned on account of the control of the road to New York interests.
Mr. Perkins was a Director in the American Bell Telephone Company....
Posted by John Langlois at 6:00 AM