The approaching November brings to mind the custom of our ancestors, hallowed by time and rooted in our most sacred traditions, of giving thanks to Almighty God for all the blessings He has vouchsafed to us during the year.

Few years in our history have afforded such cause for thanksgiving as this. We have been blessed by abundant harvests; our trade and commerce have wonderfully increased; our public credit has been improved and strengthened; all sections of our common country have been brought together and knitted into closer bonds of national purpose and unity.

The skies have been for a time darkened by the cloud of war, but as we were compelled to take up the sword in the cause of humanity we are permitted to rejoice that the conflict has been of brief duration and the losses we have had to mourn, though grievous and important, have been so few, considering the great results accomplished, as to inspire us with gratitude and praise to the Lord of Hosts. We may laud and magnify His holy name that the cessation of hostilities came so soon as to spare both sides the countless sorrows and disasters that attend protracted war.

I do therefore invite all my fellow-citizens, as well those who may be at sea or sojourning in foreign lands as those at home, to set apart and observe Thursday, the 24th day of November, as a day of national thanksgiving, to come together in their several places of worship for a service of praise and thanks to Almighty God for all the blessings of the year, for the mildness of the seasons and the fruitfulness of the soil, for the continued prosperity of the people, for the devotion and valor of our countrymen, for the glory of our victory and the hope of a righteous peace, and to pray that the divine guidance which has brought us heretofore to safety and honor may be graciously continued in the years to come.

In witness whereof I have hereunto set my hand and caused the seal of the United States to be affixed.

Done at the city of Washington, this 28th day of October, A.D. 1898, and of the Independence of the United States the one hundred and twenty-third. 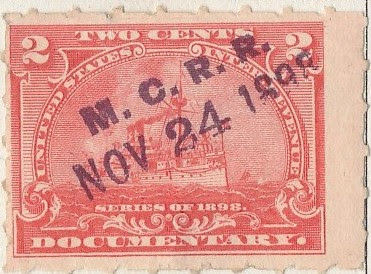