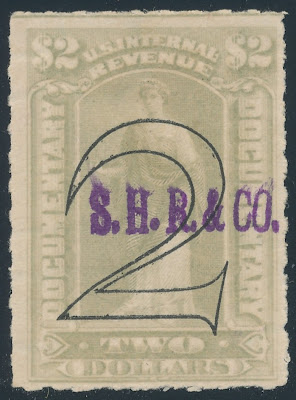 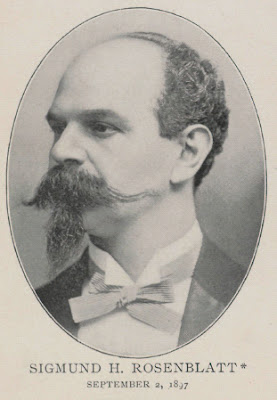 Mr. Rosenblatt got himself in a world of trouble in 1903 when he was suspended from the stock exchange for 3 months.  Apparently his partners were the guilty ones; Rosenblatt was suspended through his association with them.   The New York Times reported on November 15, 1903:
ROSENBLATT OUT OF FIRM.
Brokerage House of Zimmerman & Forshay Reorganized Under the Old Style.
Announcement of the dissolution of the brokerage firm of Zimmerman & Forshay, the Exchange members of which, Leopold Zimmerman and Sigmund H. Rosenblatt, were suspended from the Stock Exchange recently for one year and for three months, respsectively, on account of the curb deal in the bonds of the United Railways of San Francisco in the Spring of 1902, was made yesterday.
At the same time a new copartnership was announced, with the same name and a membership identical with the old firm save for the withdrawal of Sigmnund Rosenblatt...It is understood that Mr. Rosenblatt will continue in the brokerage business independently.
Posted by John Langlois at 6:00 AM