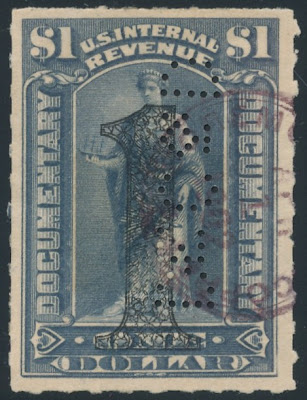 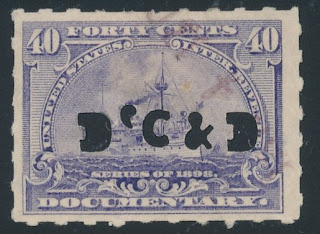 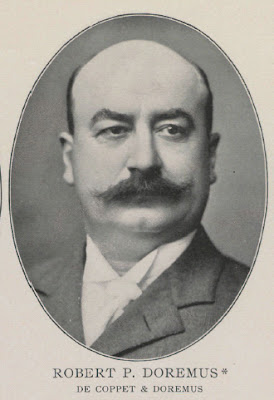 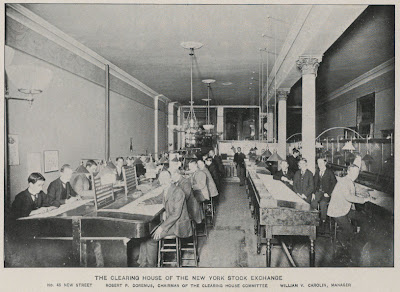 This was the NY Stock Exchange's Clearing House in 1897.
Robert Doremus was Chair of the Exchange's Clearing House Committee.
Imagine trying to clear the 100s of millions of shares traded daily on the NYSE today using this method.
A New York Times article from September 11, 1921 illustrates how firms like De'Coppet & Doremus amused themselves and competed with other firms when not trading securities:
WALL STREET CHAMPIONS.
De Coppet & Doremus Team Beat Post & Flagg in Baseball Final.
A baseball team composed of employees of the Stock Exchange firm of De Coppet & Doremus won the Wall Street championship cup yesterday on Ebbets Field by defeating a team composed of employees of Post & Flagg by the score of 7 to 3.  the game was the wind-up of the season, during which 28 teams, representing as many exchange houses, played each Saturday.
The De Coppet 7 Doremus team established a lead which could not be overcome.  They garnered four runs in the first three innings.  Evans, who pitched for Post & Flagg, settled down after these disastrous frames and pitched airtight ball for the balance of the game, ten men going down by the strike-out route.
About 1200 fans fromt the Wall Street district saw the game.  Proceeds from the sale of the tickets to this game, as well as others which have been played in the Wall Street League this season, will go toward the establishment of a gymnasium for the young men of the financial district. 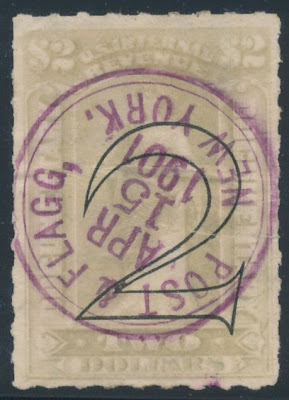