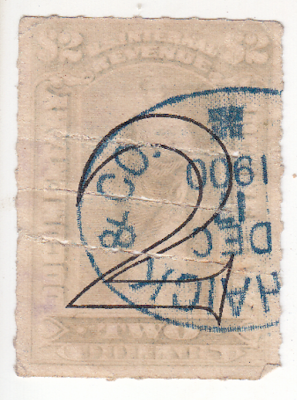 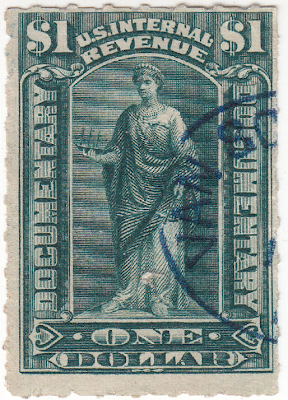 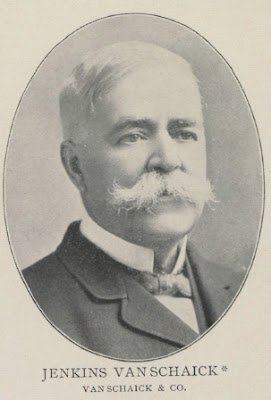 
Jenkins Van Schaick, whose membership in the Stock Exchange dates back to 1857, and who has been prominent in club life and local politics for many years, has suffered the displeasure of the authorities at the Exchange.  They suspended him yesterday for thirty days.  The offense for which they meted out this punishment occurred last Friday.  On that day, Mr. Van Schaick, as had frequently happened before, displayed great activity in the sugar crowd.  He bought heavily, and seemed to never get enough.  His plans moved well until Joseph A. Blair began to bid against him.  Then Mr. Van Schaick, into whose hands the stock had been falling easily at moderate advances, had to climb to get anything.
He did not enjoy the new sensation.  The fact that Mr. Blair was the cause of it acted as an irritant upon him.  They had been in conflict before, and their differences had to be settled in court.  Mr. Van Schaick became furious, as he thought that Mr. Blair had taken this way to balance part of the court's verdict, which had been adverse to him.  When he could no longer restrain himself he turned upon Mr. Blair and exclaimed:
"You are a nice sort to bid against me.  Why, you are no better than a thief.  I stopped you once, when you tried to cheat me out of $7,000.  Now what are you up to?  Do you want to make me pay for beating you?"
"Whatever I am, I don't try to escape payment of my just taxes," Mr. Blair hotly replied.
Thee was a great confusion in the crowd at the moment, and although what more was said could not be heard, the two men seemed ready to jump at each other when they were dragged off in different directions.  Mr. Blair went to the Complaint Committee, whose inquiry resulted in Mr. Van Schaick's suspension for "conduct detrimental to the interests of the exchange."
This affair does not end the bad feelings between the two men.  Mr. Blair said yesterday that he did not hear Mr. Van Schaick say anything about "thief" on the floor.  Mr. Van Schaick had taken care to use that epithet only when out of Mr. Blair's reach.  When this was reported to Mr. Van Schaick he said: "I did say on the floor that he was no better than a thief, and I will repeat to his face whenever it may suit him to hear it.  Suspension is not a pleasant thing for a veteran like myself, but this affair was too much for my good nature.  It has had one compensation, for on Monday Blair sent me a check for $530 to settle an old debt I never expected to collect." 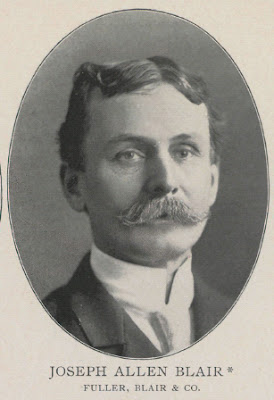