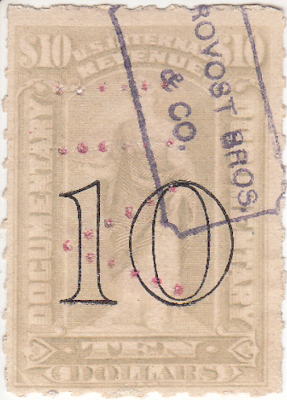 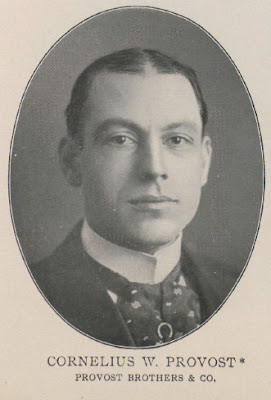 There were many brother and father & son combinations that had seats and traded stocks on the New York Stock Exchange.  The Provost Brothers were one pair. 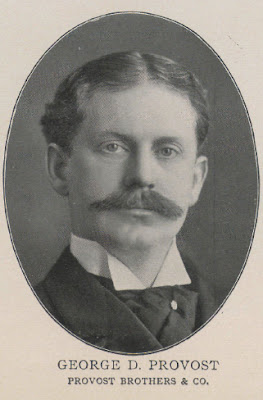 The New York Times, November 22, 1901:
HORSE PLAY ON 'CHANGE.
Brokers in Frock Coats and Silk Hats Put Through Their Paces.
The Stock Exchange yesterday was reminded that this is Horse Show week.  Despite all traditions, whether respected in observance or neglect, to the contrary, two brokers appeared on the floor clad in frock coats and silk hats.  While there was no disposition to indulge in hazing tactics, brokers felt called upon to pass critically upon the question of the two offenders who was better groomed.
Accordingly, C. W. Provost of Provost Brothers and Philip T. Brown of H. L. Horton & Company, the offending members, were induced to go through their paces.  High stepping, but not side stepping, was demanded of the victims, as they walked down a long lane of brokers.  The blue ribbon was given to Mr. Provost, who bore his honors gracefully, while Mr. Brown, by way of consolation, received a red ribbon. 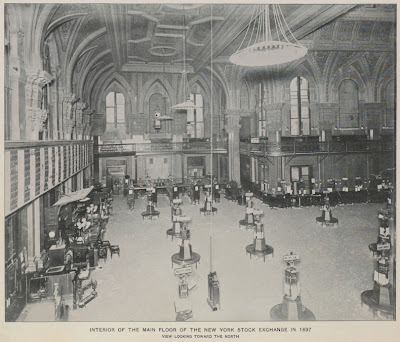 The trading floor of the New York Stock Exchange in 1897.
Posted by John Langlois at 6:00 AM