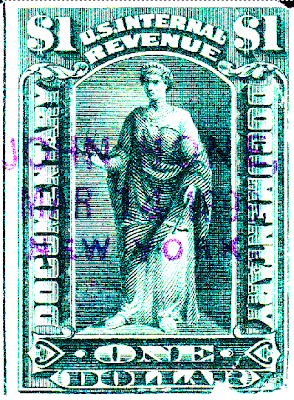 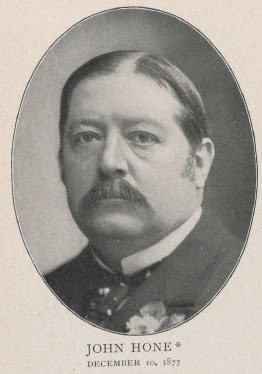 John Hone, member, governor, and vice president of the New York Stock Exchange
From the Genealogical and Family History of Southern New York and the Hudson River Valley, 1914:
John, son of John and Jane Hone, was born at No. 479 Broadway, New York City, December 14, 1844, and resides at 5 Gramercy Park.  He received his primary education in the schools of New York City, and attended Columbia University in the class of 1865.  He left college to go with the Seventy Regiment to the front and did not receive his degree of A.B. until a few years ago (about 1905).
He became a stock broker, senior member of the firm John Hone & Company, long located at No. 62 New Street.  For several seasons he was a governor of the New York Stock Exchange, and twice was elected its vice-president.  He served several terms as a director of the North American Trust Company.  He served three terms on the Democratic state committee of New Jersey, beginning in 1879; was a delegate at large to the Democratic National Convention from New Jersey in 1892.
Posted by John Langlois at 6:00 AM