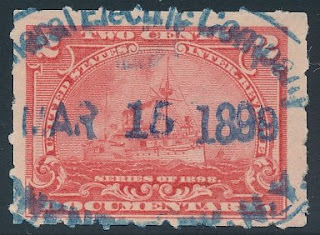 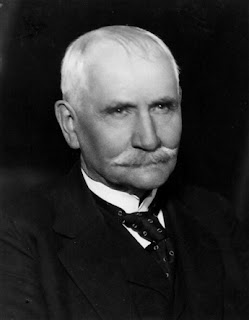 Charles Coffin
Though less well known than Edison, Mr. Coffin drove GE to become one of the most important companies to the economy of the United States during his years as head of the firm.
***** 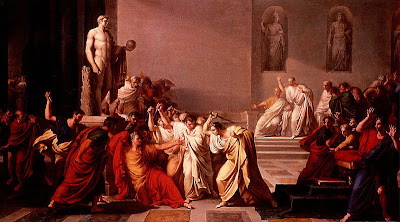 Mort de Cesar
Vincenzo Camuccini
1798
Today is the ides of March, the day in 44 BC when one of history's most famous betrayals took place in the Roman Senate.  60 senators murdered Julius Cesar that day, led by Marcus Brutus.
The story of General Electric and its creation is fraught with its own betrayal and savagery, as the inventor and genius behind alternating current power generation and distribution, Nikola Tesla, was marginalized by Thomas Edison who favored and had invested heavily in direct current power generation. 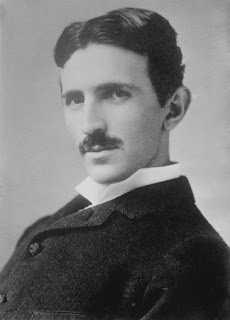 Tesla
Tesla worked for Edison for a brief period, but Edison dismissed much of Tesla's work and ideas regarding alternating current.  Edison's firm reputedly did not pay Tesla what he was promised, and Tesla quit.  In the late 1800s, a major battle raged between Edison and Tesla's allies like George Westinghouse over the adoption of AC vs DC power.  AC and Tesla won out, though Edison remains more famous.
Edison was so vested in direct current versus alternating current that he created a publicity campaign to discourage the use of AC.  Edison had technicians publicly electrocute and kill animals with AC power to demonstrate the danger of AC.  The first electric chair, using AC, was developed with Edison's support, also to demonstrate how deadly AC is compared to direct current.

There is a video here of the Edison directed electrocution of the circus elephat Topsy from 1903.  Topsy had recently killed three people, and Edison thought it an appropriate stunt to put the elephant down with the rival electricity.  Find a brief history of the "war of currents" here.

By the time the stamp above was cancelled, AC was emergent.  Charles Coffin's firm, Thomson-Houston, was AC-based, and provided the new GE with the AC experience and capacity the new firm needed to thrive.
Posted by John Langlois at 12:01 AM