As I'm on the other side of the world I'm afraid I can't make the meeting in St. Louis (apologies to Judy Garland).  But the fact of the meeting in the city with the arch got me thinking about all the associations between St. Louis and some of the more remarkable and collectable 1898 revenue items. 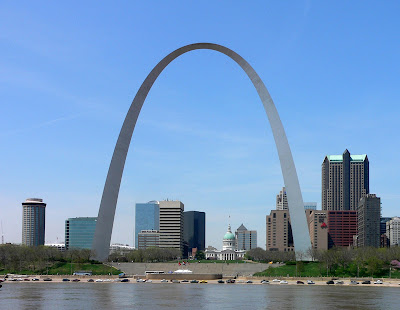 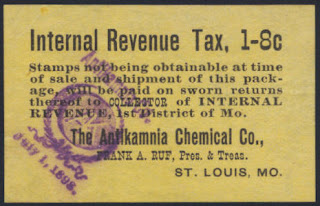 The Antikamnia Chemical Company, one of many St. Louis pharmaceutical firms in 1898, is well known for its use of provisionals like that above, printed cancels, and a 2 1/2 cent private die stamp.
St. Louis was an important railroad hub in the midwest and a primary departure city for points west.  Many railroads took the name of the important city of St. Louis for their own: 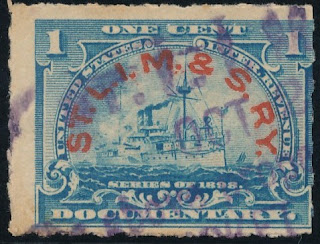 the St. Louis, Iron Mountain, & Southern Railway is one example. 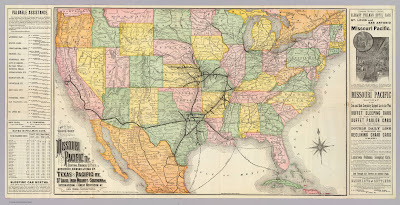 The St. L. I. M.& S. was a part of a much large system that ran out of St. Louis that included the Missouri Pacific. 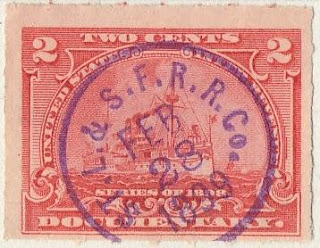 Some railroads, like the St. Louis & San Francisco Railroad, started in St. Louis but never quite made it to their other namesake.  In the case of the St. L. & S. F., or Frisco, the system never even got close to making it to San Francisco. 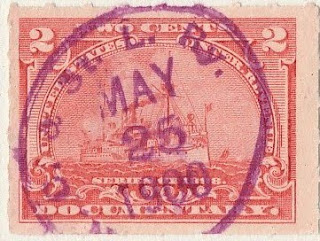 Others, like the Nashville, Chattanooga & St. Louis, intended to reach St. Louis, but never did.  You could have never used this railroad to meet Judy Garland in St. Louis.

****
As a kid, St. Louis always had a mystique to it, as I would listen late at night under the covers to Jack Buck calling Cardinals baseball games on KMOX.  The station was clear all the way down in New Orleans, as KMOX had a 50,000 watt clear channel medium wave signal at night.
Posted by John Langlois at 7:00 PM