Frank Sente's R163 Exhibit: The Workhorse of the US 1898 Battleship Revenues

A Study of the One-Cent Documentary Issue
Exhibit Synopsis

The print run for the one-cent documentary issue was 1,124,972,000, the first time the Bureau of Engraving and Printing produced more than one billion copies of a stamp, making this revenue stamp the most common US issue of the 19th Century. It was the most commonly and diversely used of the twenty-four battleship revenues issued when Congress enacted the War Revenue Law of 1898 to underwrite the cost of the Spanish-American War. Mint copies are plentiful, however no plate or die proofs exist, and only three trial color proofs are known. One of those is in this exhibit.

Shown are examples of plate singles from the three plate layouts used over the four-year tax period. Few production varieties exist, given the quantity produced. A block demonstrating the horizontal imperforate error, an example of a dramatic offset horizontal perforation, and a used vertical pair showing an unusual jagged vertical perforation are exhibited.

Documents illustrating the relevant taxes are presented as well as a selection of cancellations from railroad and express companies, the primary users of the stamp. A unique usage of a one-cent Porto Rico overprint is presented and explained.

Primarily used to pay the one-cent tax on bills of lading and express shipping receipts, this “workhorse” stamp carried the nation’s freight. With a one-cent tax on telegrams and railroad parlor car tickets, it also “carried” words and travelers. Often the one-cent issue was used with other stamps to pay “make-up” tax rates, in particular on present or future delivery commodity sales at boards of trade for which a one-cent tax was charged for each $100 in value, or fraction thereof. These usages provide a historic “snapshot” of the nation’s commerce at a time when the United States was emerging into a true nation-state with world-power status.

Most documents are self-explanatory, although study, research and experiential common sense are required to correctly interpret unusual transactions and puzzling circumstances. Without a clear understanding of the tax schedule one might not have noticed that Wells Fargo required an additional one-cent stamp for a shipment of bullion because that represented a transfer of money requiring two-cents tax rather than the penny required on an express receipt.

The phrase, “comes with baggage”, now most often used in a derogatory sense, stems from an 1898 Treasury Official’s ruling voiding the bill of lading tax on excess baggage. Treasury ruled “baggage, no matter in what amount” could not be considered as a “separate” shipment from a passenger and while an excess fee might be appropriate, a tax thereon was not. Hence a traveler “comes with baggage”.

The current federal telephone tax had its origin in 1898 when telephone calls costing 15 cents or more were taxed one-cent each, but you will not find an example in the exhibit. Without the requirement of a tangible document, as was the case with telegraphic dispatches, stamps were not used to pay this tax. Instead phone companies were required to submit a monthly statement along with an appropriate payment directly to their district internal revenue collector – a rare example of a tax not borne directly by consumers, as it is today.

While the Schedule A taxes were enumerated in a scant four pages; the Treasury Decisions interpreting them make up four lengthy volumes. Interpretative nuggets gleaned from those Decisions and from other official resources were useful in explanations for additional exhibited documents. For example, the explanation for the usage of the one-cent Porto Rico overprint was found in the First Annual Report of Charles H. Allen, Governor of Porto Rico.

Telegrams, bills of lading, and express receipts often were discarded upon receipt. Frequently they were printed on sulfur-laden paper causing serious deterioration over time. It’s a wonder that any of these casual use documents ever survived, and most that have are either dog-eared or foxed. The ones chosen for this exhibit are in better condition than collectors usually find.

The tax was in effect for just four years, and in some instances, only three years, considerably less time than for the Civil War tax era, so the window of availability for taxed transactions is narrower. While bills of lading are common, the exhibit contains the earliest known use of the one-cent documentary on one, and a last day of use on another. Renewals of insurance policies are uncommon and one requiring just a one-cent tax, extremely so. 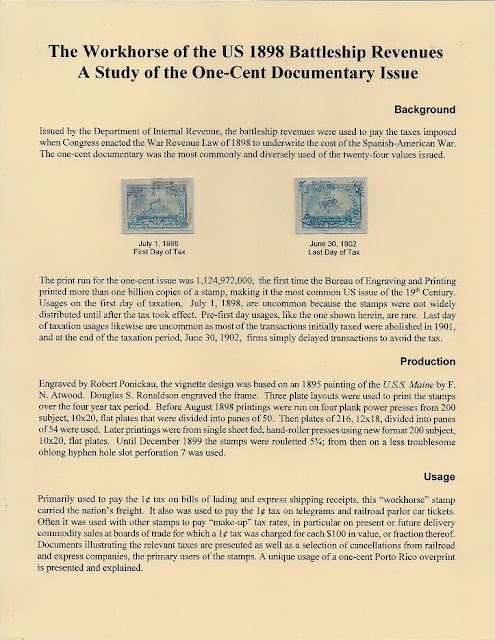 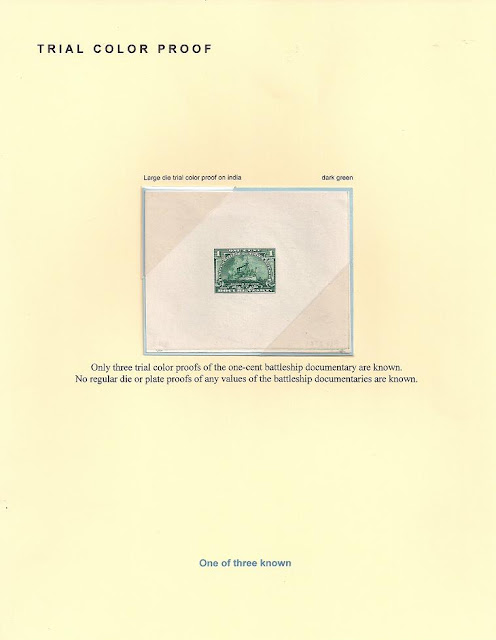 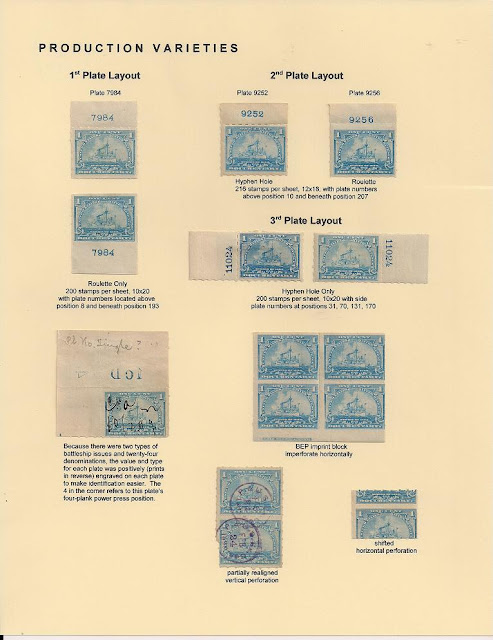 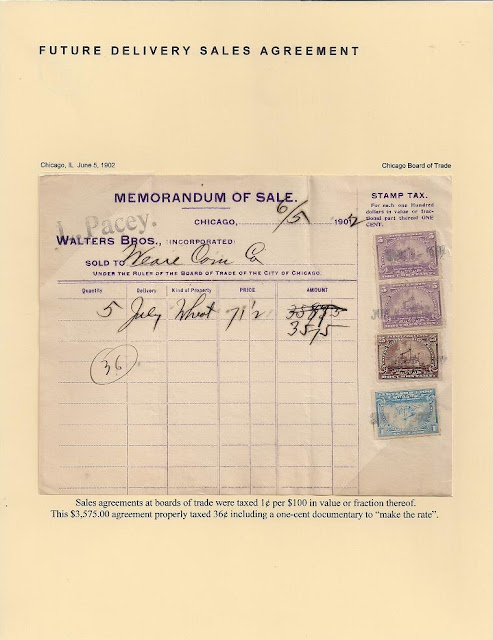 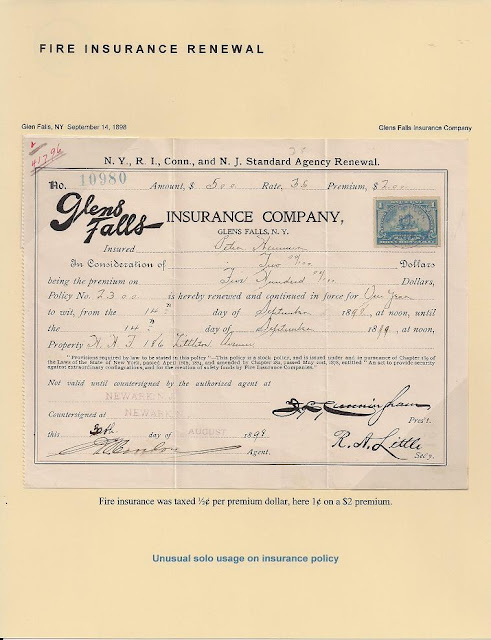 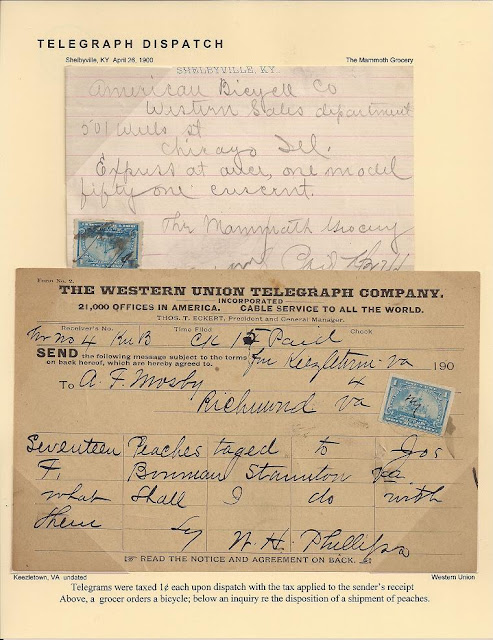 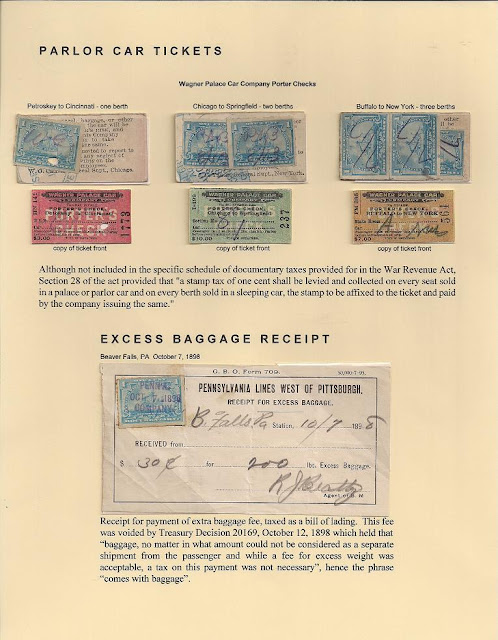 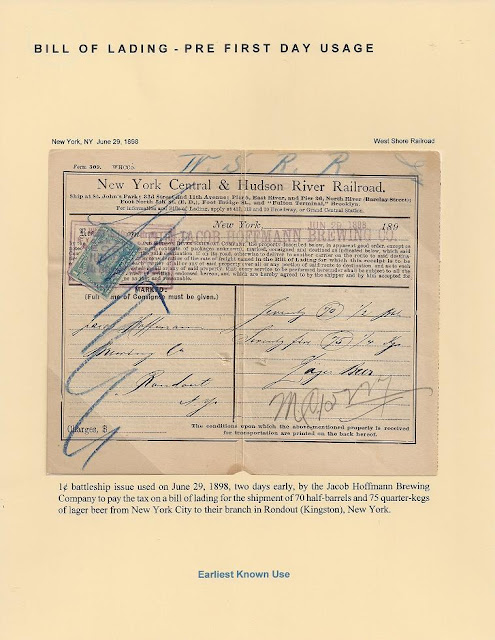 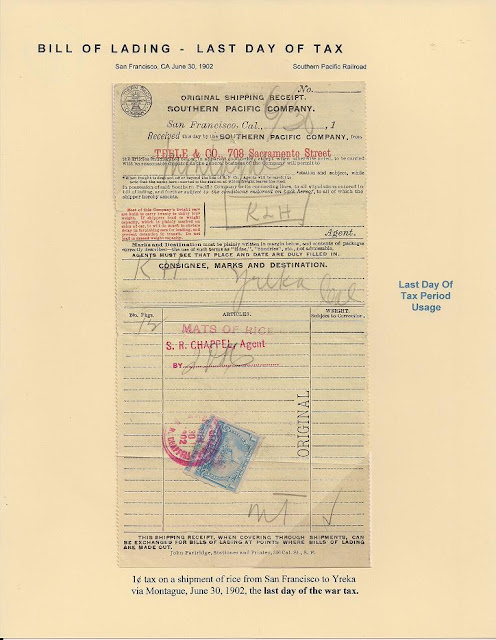 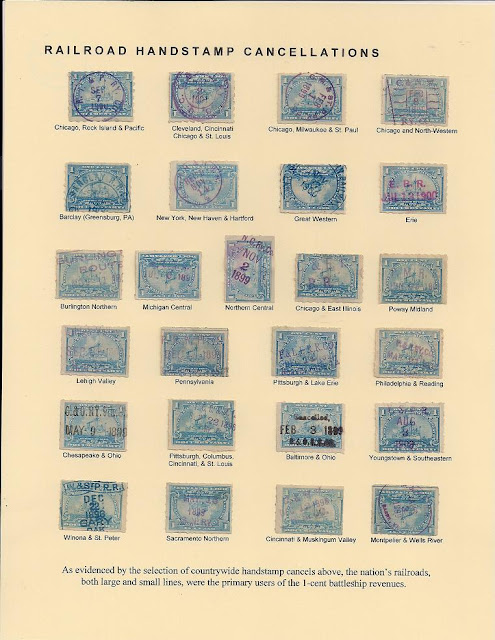 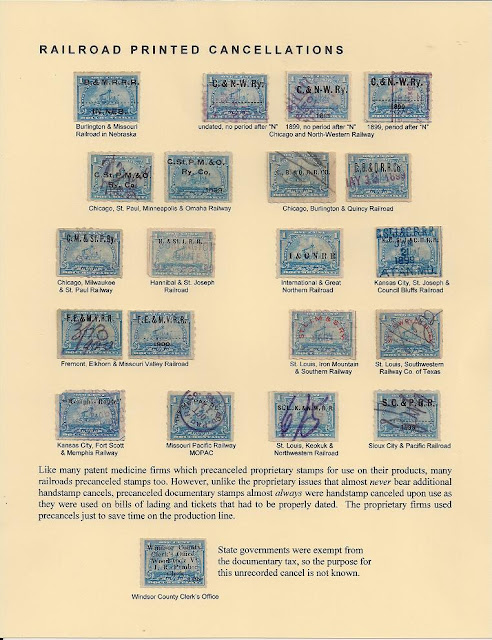 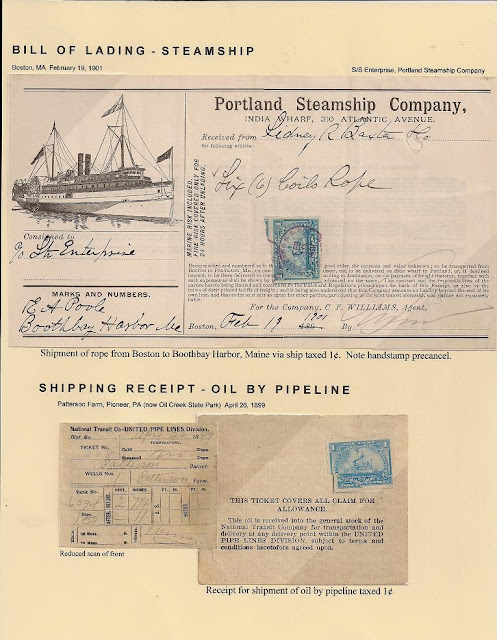 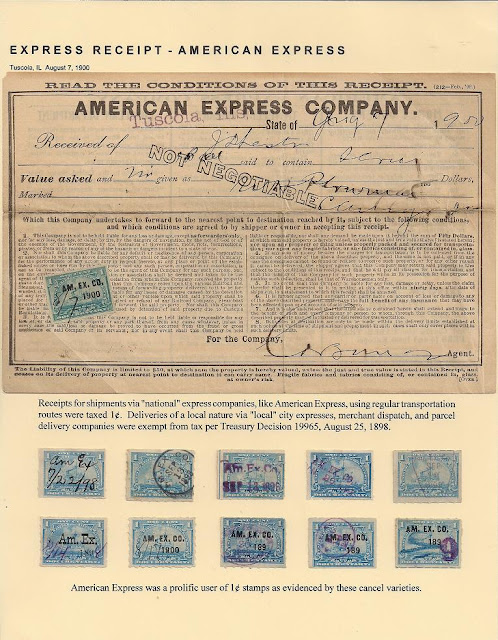 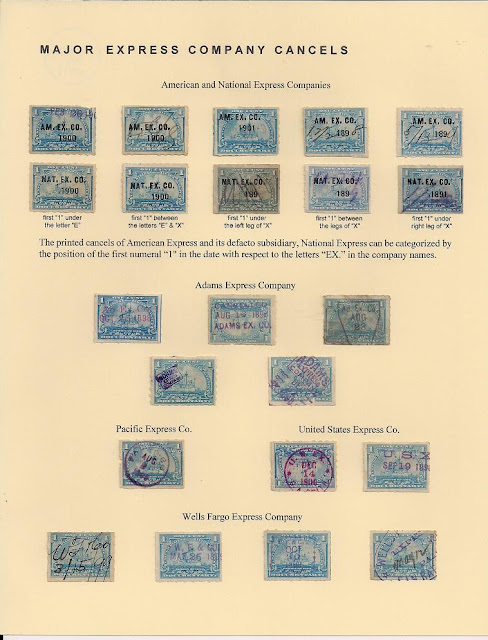 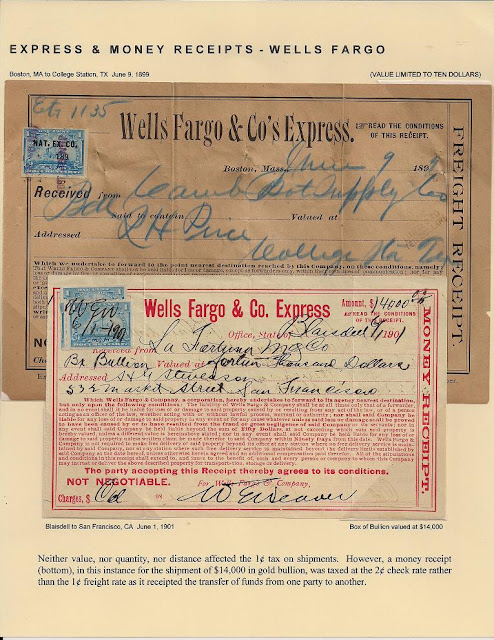 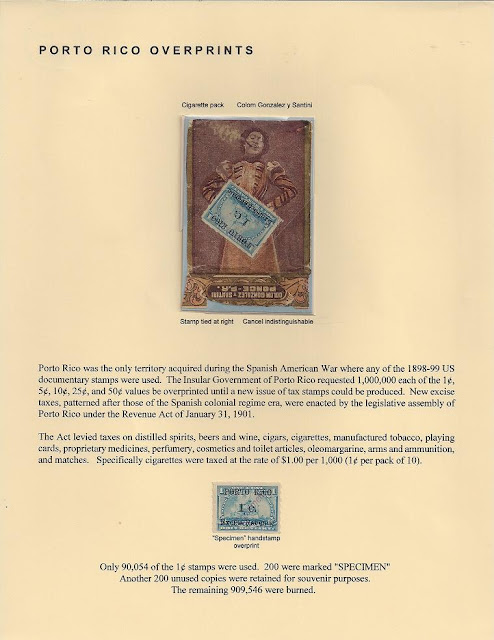