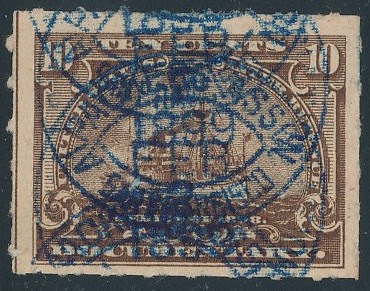 ALASKA PACKERS ASSO.
FEB
3
1899
SAN FRANCISCO
The Alaska Packers Assocation was a San Francisco based canner of Alaskan salmon that operated from 1891 to 1982.

The Association (APA) was formed to consolidate a salmon canning industry that was in over-production.  The APA successfully managed supply and marketed their products to increase demand.  The company was famous for maintaining a fleet of tall, masted sailing ships well into the 20th century before finally succumbing to steam power. 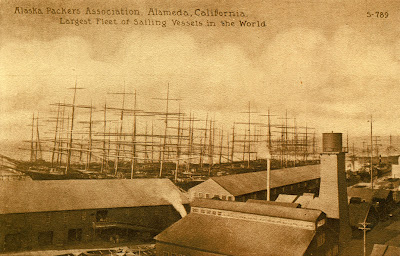 In the early 20th century, canned salmon represented over 80% of the Alaska territory's revenues.

Posted by John Langlois at 8:01 PM