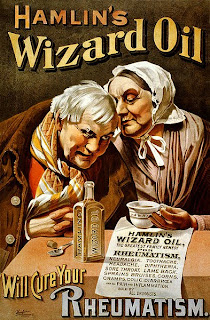 Hamlin's Wizard Oil poster from 1890
While not literally snake oil, Hamlin's Wizard Oil was sold as a miracle cure for just about everything, as you can see from the list on the poster above.  There is little doubt that the concoction cured anything. Despite its lack of efficacy, it was marketed aggressively and sold many units, such that Hamlin's elected to print cancels rather than only use handstamp or manuscript cancelling.
The following two images are from the Joyce/Chappell list of battleship proprietary printed cancels, published in the 1950s.  In this list, Joyce describes the types of cancels that can be found, however, in the years since the production of this list, many dates have come to light not catalogued by Joyce.  In Henry Tolman's collection below you see may of those missing dates.  There must be more out there.  Do you have any? 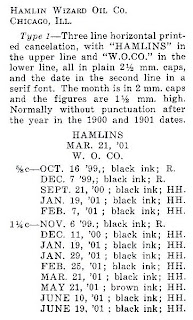 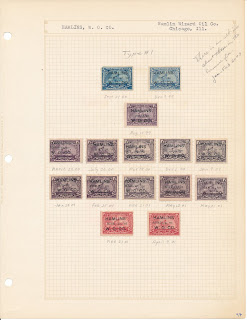 Tolman's page of Hamlin's printed cancels has a note in his hand making reference to an American Revenuer article on these cancels.  Two cancel dates on the 1 1/4c are illustrated in that article that are not listed by Joyce.  See below.
Following are images of cancels unlisted by Joyce: 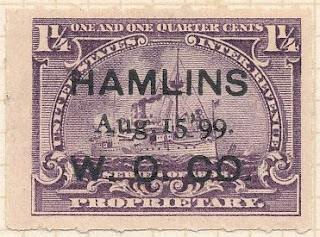 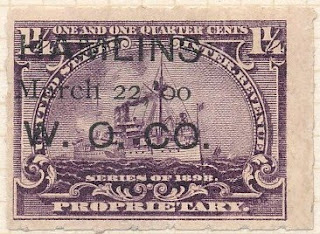 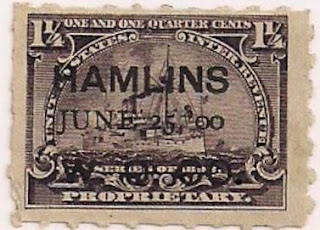 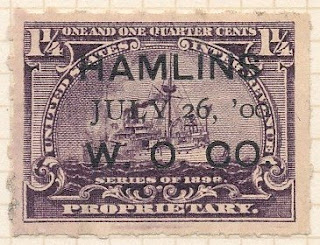 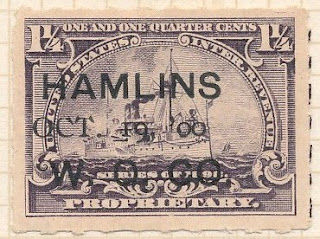 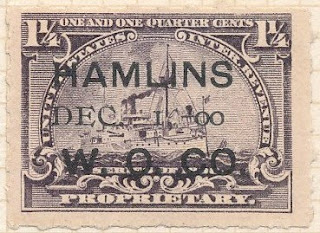 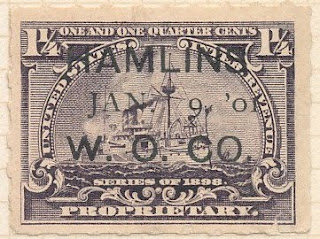 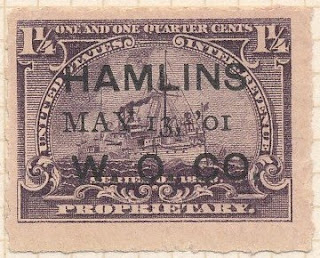 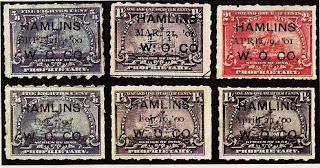 inset from 2003 Jan-Feb The American Revenuer (TAR) article on Hamlin's Wizard Oil illustrating two cancel dates, 2/16/1900 and 4/27/1900, not listed by Joyce
TAR article written by Jim Fletcher
Posted by John Langlois at 6:00 AM