The Wheeling Steel and Iron Company was formed in 1892.  A history of the founding of the firm and its component companies can be found below.  Wheeling Steel and Iron was formed in the foremost steel making region of the United States, a place where the energy for steel production, coal, was plentiful.  Oddly, iron ore couldn't be found anywhere near cities like Wheeling or Pittsburgh.  Though iron ore had to be imported from places like the Minnesota iron range, western Pennsylvania, western New York, and eastern Ohio were on top of the coal and much closer to end users of the finished material than northern Minnesota.

In the coming days this site will feature a several stamps canceled by steel companies. 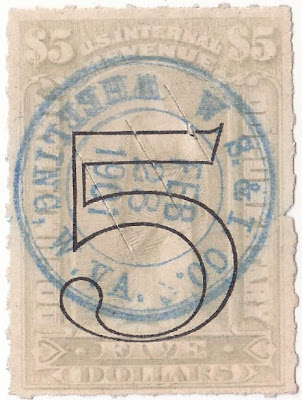 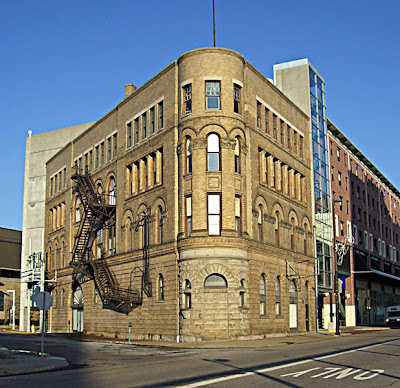 The former Wheeling Steel & Iron building in downtown Wheeling, West Virginia.  The original photo can be found at Historic Wheeling.