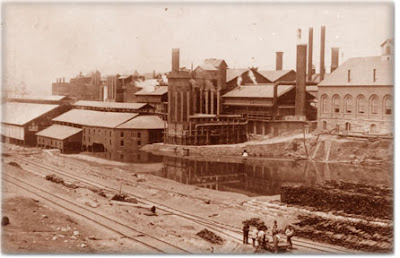 Could this have been a tax stamp on a bond floated to pay for the move of the steel plant?

The Lackawanna Steel Company existed as an independent company from 1840 to 1922, and then as a part of Bethlehem Steel from 1922 to 1983.  The firm was founded by the Scranton family, and the city of Scranton, Pennsylvania grew around the company's original location.  When the company moved from Scranton to near Buffalo, New York, the town of Lackawanna, New York was in turn founded.  The company was, for a period, the second largest steel company in the world.