Chicago Board of Trade Members: George A. Seaverns Sr. & Jr. 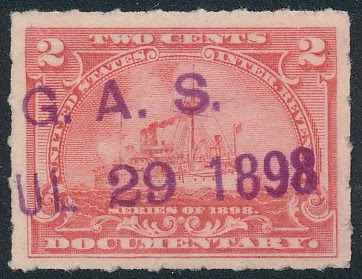 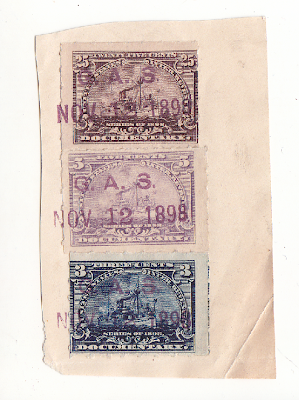 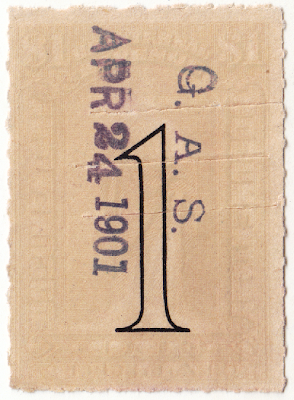 The obituary for Louis Seaverns in 1991 tells us something about the work of the George A. Seaverns during the 1898 tax period.  George Sr. was a grain broker along with his son George Jr.  By 1921 George Jr. would start Seaverns & Co. with Louis:

Louis Seaverns, 103, a retired stockbroker for Dean Witter Reynolds Inc., worked for the firm until he was 94 years old. He graduated from Harvard University and was in the 1910 class with poet T.S. Eliot, columnist Walter Lippman and John Reed, subject of the movie, ``Reds.``

His grandfather, George A. Seaverns, had started as a grain broker in Chicago in 1853 by spending $5 to become a member of the Chicago Board of Trade. Mr. Seaverns became a broker in 1913 and he, with his father, George Jr., started the firm of Seaverns & Co. in 1921.

He was successful in the 1920s, but lost heavily in the 1929 stock market crash.  In 1936, he became the treasurer of the Illinois Republican State Central Committee.  He left the brokerage business in the late 1930s and did not return to it until 1960, when he was hired by Dean Witter at age 72.

Survivors include a stepson, James Holliday; a stepdaughter, Winston Dwyer; and a brother, George A. III, 101 years old.

Services for Mr. Seaverns will be at 2 p.m. Wednesday in the Church of the Holy Spirit, Episcopal, 400 E. Westminster Ave., Lake Forest.