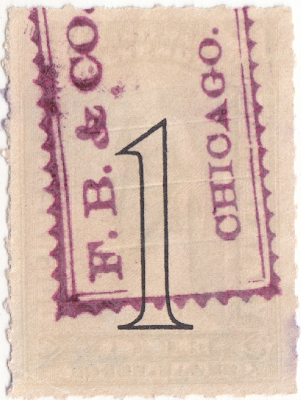 Thompson scan of a cancel by Finley Barrell & Company