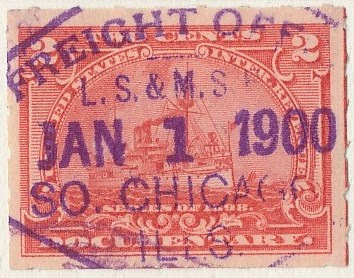 Here is to a better 2013.  The end of the Mayan long count calendar did not bring an end to the world, nor will the fiscal cliff.  But we did experience a terrible tragedy with the assault rifle deaths of elementary school children in Connecticut.

I learned to shoot as a kid, and owned my first shotgun by the age of 12 (20 gauge Remington).  Assault rifles, especially the M4 carbine and AK47, have been a constant presence for me in some of the places I've worked like Afghanistan and west Africa.  I appreciate the appropriate use and possession of assault rifles, especially when they are used for practical reasons and in the hands of trained soldiers in places where they've saved my life like Liberia.  But for the life of me I can't figure why we treat guns like glamorous objects and symbols of freedom in the continental United States.  And why do we venerate the things to the point where a Wayne LaPierre of the National Rifle Association could make a dystopian recommendation to put armed guards in all of our schools?  Lanza, the Connecticut mass murderer, would have been smart enough to have taken out the guard first before using his Bushmaster human killing machine on the children.   The NRA, gun makers, and people that glorify these things should be ashamed, not so much for supporting the right to own guns, but for promoting them as something they are not.

I once owned a home in Chevy Chase, Maryland that my wife and I had purchased in 1999 after we returned from a six year stint in Liberia during the midst of the country's civil war.  During October 2002 while we were residents in the house, the Washington area, of which Chevy Chase is a neighborhood, was terrorized by a sniper, who murdered 10 people over a three week people with a Bushmaster XM-15 rifle.  The sniper was taking people out in parking lots, bus stops, and gas stations.  People lived in fear throughout the region.

After about ten days from the start of the murders, I received a call in Chevy Chase from a friend named Brownie Samukai who called from western Tanzania in East Africa near the country's border with the nation of Burundi.  Brownie, who is now the Minister of Defense in Liberia, was at the time a security official for the United Nation High Commission for Refugees.  He and some of his colleagues had been watching CNN reports on the sniper, and as he had my number in Chevy Chase on his phone, he decided to call me to make sure I was OK and to find out how we were coping.  I have never quite gotten over the irony of a security official calling me from east Africa to make sure I was OK in the United States from people on the rampage with a military weapon.  For six years in Liberia I lived with the ever present threat of AK47s, .50 cals, and M60s, which all shot up my house and office in 1996 and nearly got me.  Brownie was in Liberia then too, and I think both of us thought we would be just a bit safer out of Liberia by 2002.  So Brownie got a job with the UN, and I went back to Washington.  But one of Bushmaster's fine and efficient killing products, which can be bought freely in the United States, made everyone in the capital city of the United States watch their back at all times, everywhere, for nearly three weeks.

I am certain that more than a few readers will mumble something to the effect that guns don't kill people, people kill people, and all that.  These are shallow thinkers.  There is a reason we all don't have anti-aircraft guns at home.  At some point our society has drawn a line.  The question is where and why, and why do the people that defend assault rifles not protest their lack of ability to acquire high caliber guns like anti-aircraft guns?  As a society we have already drawn a line.

The line needs to start with values, and the glorification of assault rifles as an aspect of manliness and machismo.  Consider the the advertisement below that might have been read by Adam Lanza: 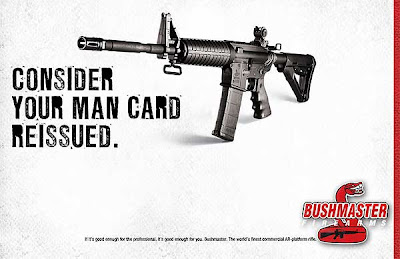 Above is an advertisement for a Bushmaster rifle, written and paid for by those that want you to think that your manliness is equated with owning one of these things.  What?  The numbers of dead in Connecticut are part of a much larger tally of dead that the current stories don't mention.  I've seen way more children and other innocents cut apart by rifles like these in Liberia and Sierra Leone to know that manliness has nothing to do with the people firing these things.  So many of the murders in those countries were committed by children themselves, shooting unarmed people.  Their AK47s hardly made them men, only effective murderers.  How much more of a man is Adam Lanza now that he has killed all these children?  I accept the fact that we are always going to have guns like these made by companies like Bushmaster.  But mass marketing like this?  Shame.

In 1978 the British band Gang of Four recorded the song Armalite Rifle.  I was something of a punk rockphile back then, and this song was one of my favorite records as a high school kid.