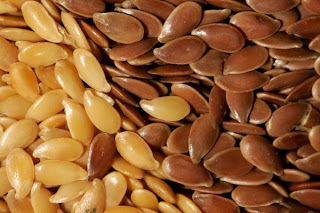 Golden and Brown Flax Seeds
In Old English, lin was the word for flax

What is linseed oil?  The production of the oil, and its use in paints, were once major industries in the United States.  Cartels were built, and major fortunes were made for men like Spencer Kellogg.  But now the oil is largely obsolete for large scale industrial use, and the old firms extinct.

It is now fall in the northern hemisphere, and the summer clothes should all be put away.  As a man whose boyhood was spent in the south, this meant that the linen was put away:  linen jackets, pants, and suits.  And where does linen come from? From the same place that linseed oil comes from, the flax plant.  Flax was grown not just for the fibers, but for the oil that came from the seeds.  Oil paints used flax seed oil as the base, and millions of gallons were produced each year in the United States for the production of paint. 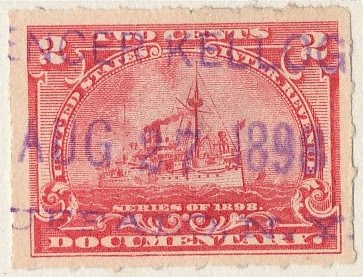 
Spencer Kellogg was one of the largest linseed oil producers in the US and the world.

Linseed oil dries, or polymerizes, into a solid.  And it is the drying and solidifying action that made it an important part of paints before the discovery and synthesis of alkyd resins.  Today, water-based paints predominate, further reducing the use of linseed oil.

In 1860, Frederick Walton invented something called linoleum, which used linseed oil as a binder for ground particles of wood and other materials.  Linoleum was a common home and industrial floor covering for nearly 100 years, until its replacement with PVC floor coverings. 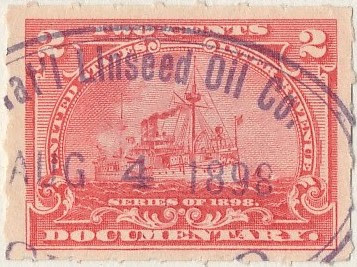 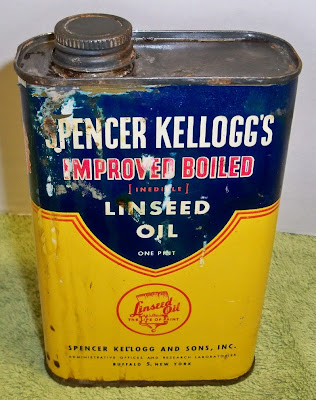 Notoriety:  Linseed oil is the oil that made paint rags notorious for spontaneous combustion.  Rags soaked in the oil and then left to sit provide a large surface area for rapid oxidation of the oil.  The reaction is so rapid that it creates heat, in some cases so much that the rags can spontaneously combust.  One Meridian Plaza in Philadelphia was the most famous building in recent history to be destroyed by a fire started by the spontaneous combustion of linseed oil soaked rags.