Mr. Fullerton includes a no period variety after "Co" in his listing of type 1 CB&QRRs, but he does not list a two periods missing variety, one after the Co and one after the second R.  Here is an example of such a cancel and such a stamp.  This clearly deserves its own listing. 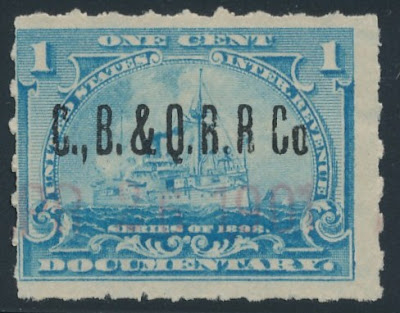