Over the years of collecting documentary battleship revenues the cancels of certain companies show up in different lots of stamps.  For years I've had the half cent stamp below cancelled by W.E. Dickerson of Binghamton, New York.  Three months ago an Ebay lot arrived with a group of battleship plate number singles with a bunch of W.E. Dickerson cancels.  Before the plate number singles arrived I couldn't determine the origin of the Dickerson cancel, and with their arrival I'm no better.  Whatever the case, here they are, with most of the stamps cancelled in April of 1899.  So while I don't have any cancelled for April 1, here are a whole bunch for the month.
Most of these stamps are plate number singles with part of the margin cut off above or below the plate numbers.  I did not do the cutting.  And I regret to say that I have a many more plate number singles in my collection where a previous owner did this same butchering of the stamps. 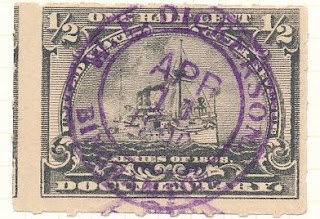 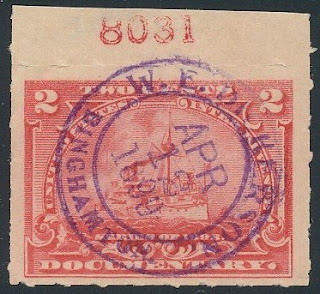 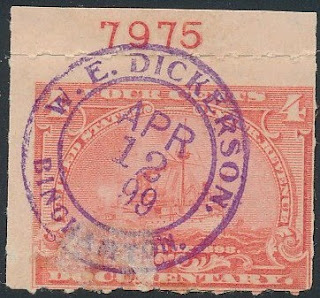 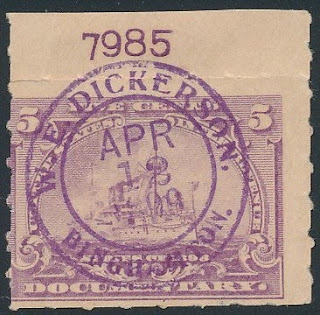 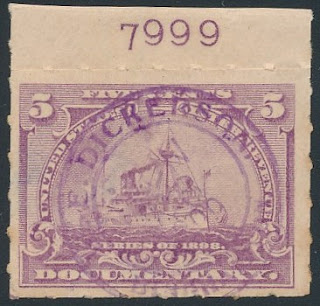 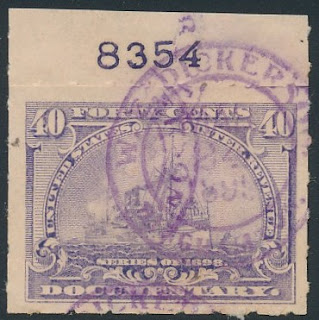 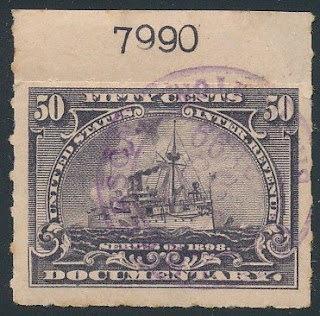 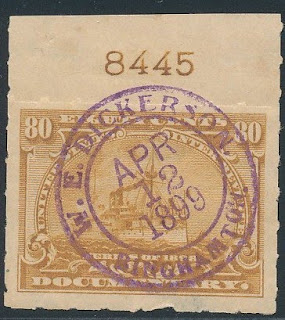 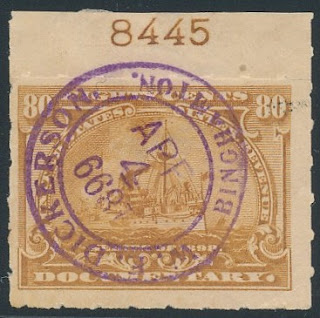 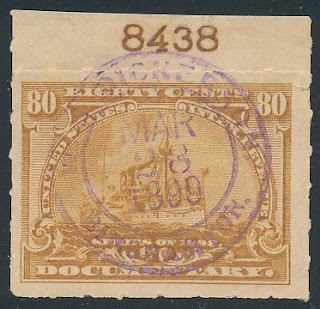 Given the values of the stamps used by this company, particularly the 1/2 cent and the 40 and 80 cent values, I would suspect that the firm issued insurance policies.  Can anybody confirm this?
Posted by John Langlois at 1:00 AM