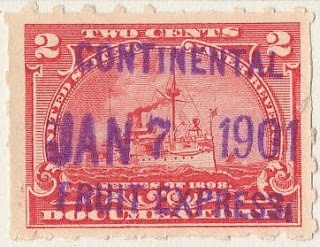 As posted previously, the CFX was controlled by the Armour Corporation, one of the largest meat packing companies in the United States.  The refrigerator cars or "reefers" developed to haul the dressed meat for shipping east became a sideline business for major meat packers like Armour, and they created their own fleets of refrigerator cars for hire, especially for hauling fruit during high season.  Cars like that below were used by the major railroads under contract from CFX to handle seasonal demand.