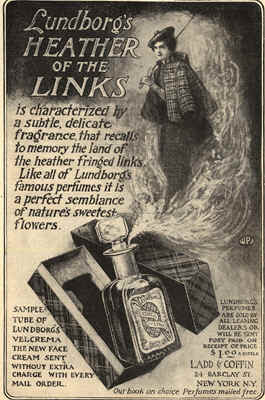 Heather of the Links was a Ladd and Coffin product. Who wants to smell like a golf course? 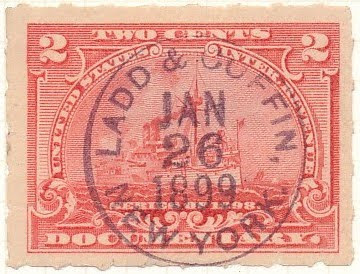 Ladd & Coffin was a perfume company, better known to revenue stamp collectors as a user of private die revenue stamps during the Civil War tax period. At that time they were know by the name Young, Ladd & Coffin. RDHNINSTL considers some of these private die stamps here: http://www.rdhinstl.com/mm/rt26.htm.
***
In 1902, Sturgis Coffin of the firm was reported by The New York Times as commenting on his firms merger into a large perfume company to be known as the American Perfume Company.
Posted by John Langlois at 1:04 AM