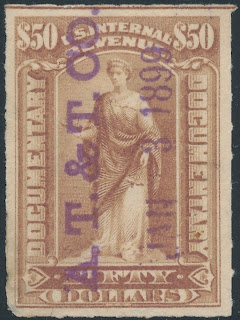 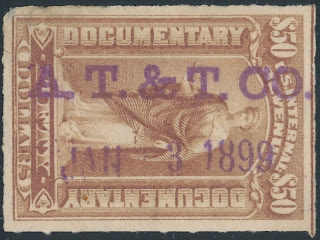 American Telephone and Telegraph was formed as a subsidiary of the original American Bell Telephone Company of Alexander Graham Bell in 1885.  AT&T had a charter to create and operate the company's original long distance network.  By the end of 1885 the New York to Philadelphia line had been completed.  At that time the line could handle only one call at a time!    By 1899 AT&T acquired all the assets of American Bell Telephone and became the parent company.  And by the time of the cancel of the stamp above the company was in rapid expansion.