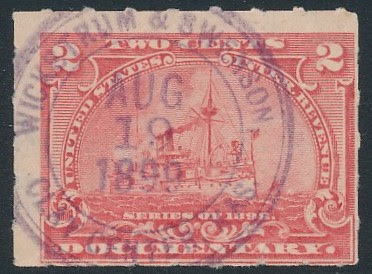 The State of Kansas owes much to the sturdy sons of Sweden, who, since the early days of her statehood, have come in large numbers to build homes within her borders. In her agricultural development her Swedish citizens have been leaders and teachers, and her commercial, political, social, and religious life has felt their influence in a marked degree. As one of the most influential men of his race in Kansas, one of the first citizens in Clay county, her largest land owner, and identified with a number of her financial institutions, Mr. Swenson merits distinctive recognition in this publication.

Eric H. Swenson was born in the village of Karfsasen, and the Parish of Rathwick, and province of Dalarna, Sweden, June 29, 1854, son of Hans E. and Peres Anna (Andersson) Swenson. Hans E. Swenson was married in 1835, and both he and his wife were natives of Sweden. Mrs. Swenson died in 1865, having borne her husband four children: Eric H. is the oldest; Christiana, born in 1857, is the wife of Victor Anderson, a well known real estate broker of Clay Center, Kan.; Anna, born in 1860, married Charles Westling, of Clay Center, Kan., and is deceased, and Brita, born in 1863, is the widow of Hans Kalin, a leading photographer of Clay Center, who died in 1901, while visiting his boyhood home in Sweden.

Hans E. Swenson came with his son, Eric, to Kansas, in 1869, and located near Clay Center, which place was then in its primitive stage. Eric H. Swenson attended the schools of his native town until fifteen years of age, when the family came to Kansas, and he secured his first employment in this new country as a cattle herder. In 1871 he became a clerk in one of the general stores of Clay Center, receiving his board and clothing in lieu of salary, and was permitted to attend the public school, in which he completed his education.

On reaching his majority, in 1875, he became an equal partner with P. M. Wickstrum in a general merchandise business, conducted under the firm name of Wickstrum & Swenson, and at the same time was deputy county treasurer for two years. This property, which had been an exceedingly profitable venture, was sold in 1881, and the firm entered the real estate field, eventually building up one of the most extensive and profitable enterprises in central Kansas. Farm lands and city properties were handled and a large fire insurance business was conducted. Mr. Wickstrum retired from the firm and active business in 1901, and Mr. Swenson succeeded the firm of which he had been junior member.

He has made two trips to his boyhood home in Sweden, and his return each time was notable in that he brought with him a number of new citizens for his adopted country. First, in 1880, he returned with a company of sixty-eight from near his birthplace. In 1901, accompanied by his wife, he made an extended trip through England, Germany, Holland, Denmark, and his native land, and on his return a company of twenty-five were brought back for settlement.

For a number of years Mr. Swenson has been engaged in the mortgage-loan business and he has placed some $10,000,000 for clients. He is the most extensive dealer in this field in his section of the state. His knowledge of land values is sound, his financial sense especially keen, and his first loss through this department of his activities is yet to he recorded. Since the early years of his commercial career he has been a consistent buyer of choice farm lands and his accumulations number some forty farms, with a total of over 6,500 acres. He is a lover of pedigreed horses and cattle and is interested in a small way in their breeding. He is a large owner of bank stocks and a director in six financial institutions in Clay county—three in Clay Center and one each in Wakefield, Industry, and Broughton.

He is known to the banking fraternity of the state as an able and discriminating financier, and those institutions with which he is connected have been successful. He is president of the Clay Center Lumber and Coal Company and is the largest owner of improved business property in the city. Mr. Swenson never aspired for any public office, but has been president of the Clay Center Commercial Club for several years.

Mr. Swenson is also an influential member of the Baptist church, and it is largely due to his energetic efforts and generosity that the present church edifice, one of the best examples of church architecture in that section, was built. He was chairman of the building committee during its construction and was also its largest donor, both of time and money. The substantial success attained by Mr. Swenson is the result of his own well directed efforts, the possession of more than ordinary pluck and perseverance, coupled with untiring energy and the ability to discern the propitious moment of opportunity and avail himself of it. He is known for his high business ideals and is held in high esteem by the citizens of his section.