The early October Siegel sale of the Dr. Alexander Schauss collection of United States Revenues included examples of the R150s documentary provisionals:  R156, R157, R158 and R158A.  All the stamps were flawed in some way, with a major visible crease on R156 among other flaws like damaged perfs and thins on the other stamps.  As such, one would expect discounts for these stamps in the final sale price relative to the Scott values and the spate over the last few years of sales of this material.  But given the rarity of these stamps, I figured the final prices would be much more robust than the ultimate results. 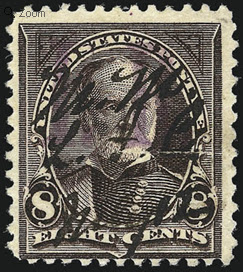 R156 sold for nearly 1/7 of its Scott value, an incredible discount for even a very flawed copy of this rare stamp.

As for the other provisionals, values and sale prices went as follows:

I won't speculate as to whether there is a trend here.  Visit the StampAuctionNetwork page with these stamps by clicking here.