M. Michael & Brother returns today courtesy of Bob Hohertz who emailed me today with scans of another M. Michael & Bro bill of Lading and a cancelled stamp from an additional BOL.  Bob has several bills of lading from this firm, each with a different type of cancel on the stamp.

Of the 8 M. Michael & Bro BOLs in Bob's collection, none have the N.P.C.P. Co handstamp shown in yesterday's post.  He guesses, as does David Thompson, that the initials stand for Nashville, Paducah, Clarksville Packet Company.  After a bit of searching, I have established that there was a Nashville, Paducah & Cairo Packet Company.  On many of Bob's BOLs there are references to Cairo, Illinois.  And as you can see in the postcard at the bottom of this post, the Steamer Dick Fowler is shown docking at Cairo.  Consequently I believe the C stands for Cairo in N.P.C.P.Co.


With regard to the name of the packet boat in yesterday's post, Bob states:  I can sorta see "Buttorft" in the scribble on your receipt, but on the one of mine that used it, the scribble looks like "Burdoff." The line also had packet boats called the "Joe Fowler," the "Dick Fowler," and the "Henry Pierce." (The scrawl on the last one looks like "Henry Prirce.") The cancels on the stamps include "Recd. Fowler Wharfboat Co." in red on some and on others, "STR. D.F.", the latter tete-beche with the date in two cases but not in a third. Others have pencil scribbles."

Two examples of the cancels that Bob refers to above are shown below: 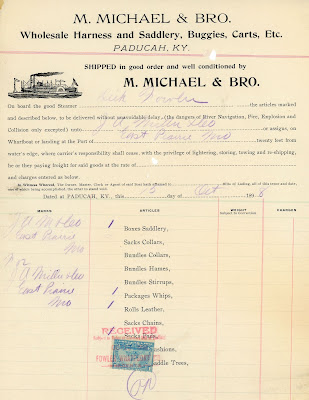 Bill of lading for goods shipped on the Steamer Dick Fowler, with stamp canceled by Fowler Wharfboat Company. 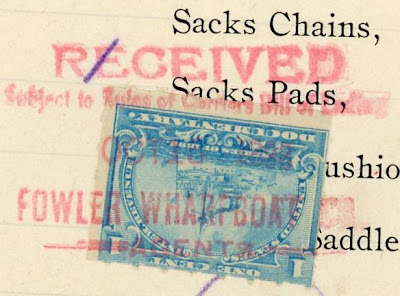 A biography of the late Captain Joseph Fowler in the volume Memorial Record of Western Kentucky, Lewis Publishing Company, 1904, pp 465-467 [McCracken] contains this little bit about the Fowler Wharfboat Company:


Captain Joseph H. Fowler was reared in Princeton, Kentucky, and there educated in Cumberland College. In 1849, when only sixteen years of age, he started in life for himself, beginning what has been an unbroken, eventful and successful life in the wharf and steamboat business. For years he has been a conspicuous figure among those interested in navigation upon the Ohio and Mississippi rivers. Among the many financial and industrial enterprises with which he has been identified may be mentioned: The Fowler Wharfboat Company, of which he is vice president; the Evansville, Paducah and Cairo Packet Line, of which he is president. To him and his associates is due much credit for the maintenance of river navigation, and among those who have
contributed much toward the upbuilding [sic] of Paducah he has always been a prominent figure. 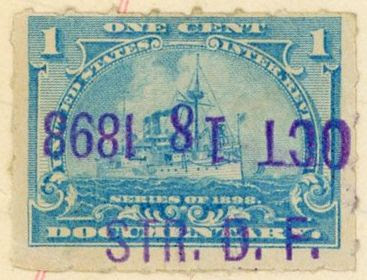