Northwestern Mutual Life Insurance Company was founded in Janesville, Wisconsin, in 1857 as the Mutual Life Insurance Company of the State of Wisconsin.  Chartered in March of the same year, the firm issued its first policy in November 1858, and in the following year moved operations to Milwaukee.  The company grew rapidly during the late nineteenth and early twentieth centuries.  During the tenure of Henry L. Palmer, president from January 1874 to July 1908, Northwestern Mutual became one of the largest insurance firms in the nation.

Northwestern Mutual remains in business to this day as a +$20 billion corporation in Milwaukee.

After a few years of accumulating of 1898 revenue stamps, one is bound to end up with at least a few examples of stamps cancelled N.M.L.I. Co., for the Northwestern Mutual Life Insurance Company.  Below I have one example of a stamp handstamped N.W.M.L.I. Co., but this acronym with the W included seems to less common. 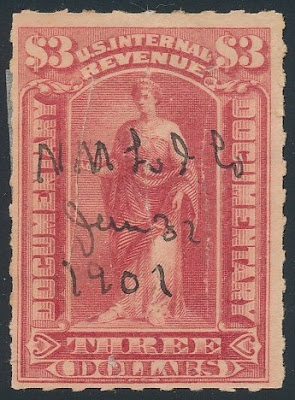 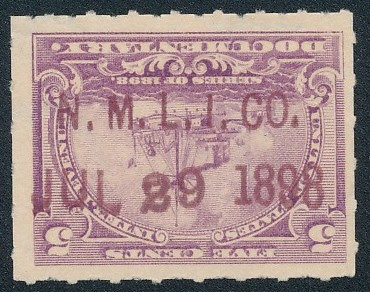 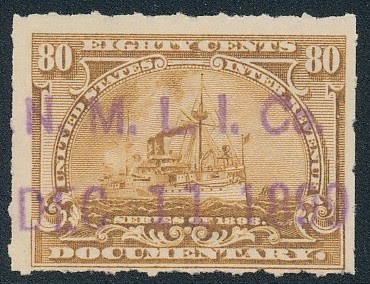 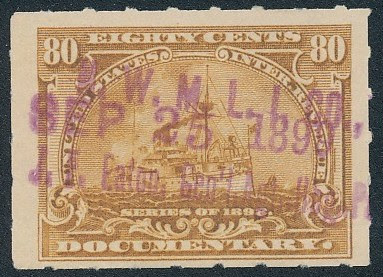